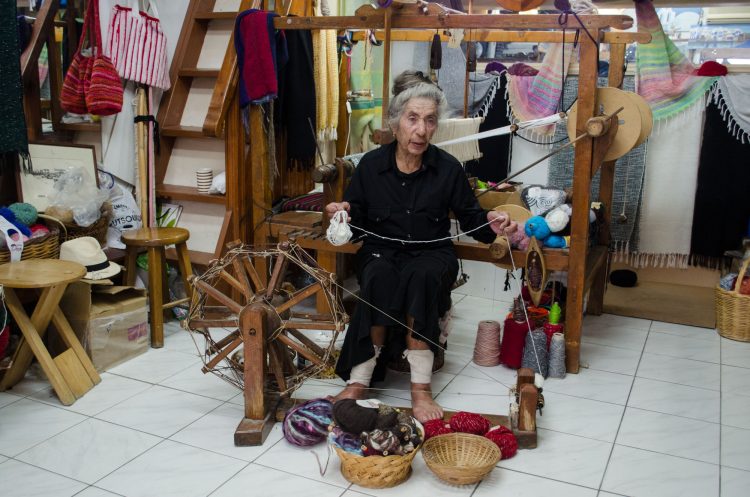 Once upon a time, Mykonos was a weaver’s island. More than 500 looms clacked away every day across the landscape. Today, the weaving traditions on Mykonos are almost extinct. There are only two active weavers remaining. Nikoleta Xidakis is one of them.

During ancient Greece, weaving was a thriving profession on the islands. In fact, up until the 1930s, knitwear from Mykonos was still in demand. Fast forward to today, and the industry has taken a downward turn. Weaving traditions on Mykonos would be gone if not for Nikoleta Xidakis and her daughter Anna. 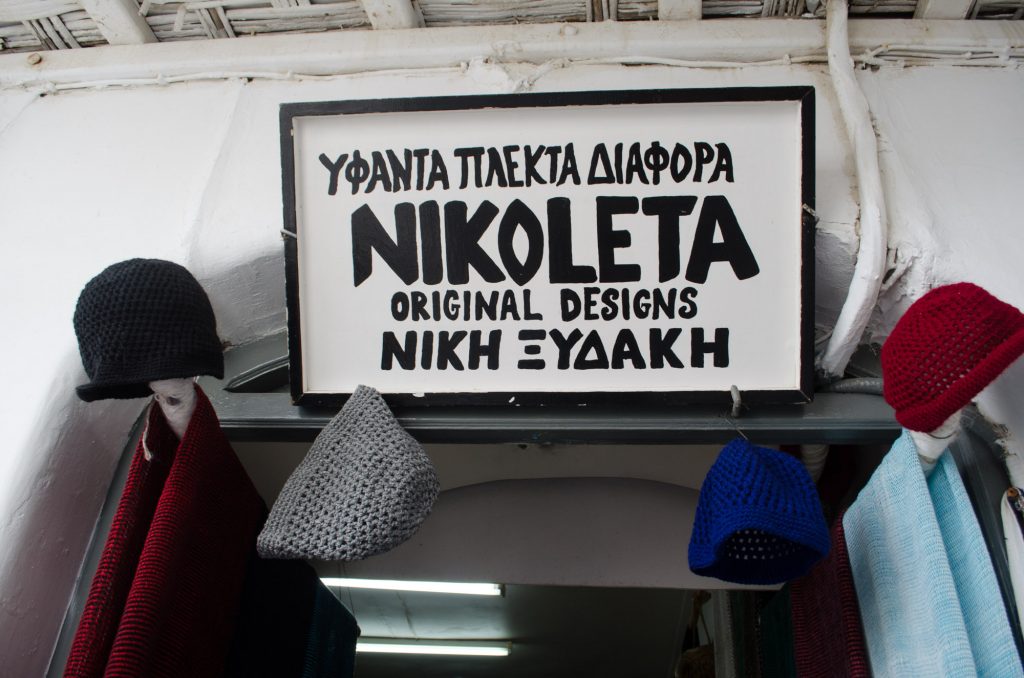 We stopped by to visit Nikoleta as she was busy working in her tiny shop in Little Venice.

“The times have changed,” she said sadly. “This loom that you see here, my dear, was available all over Greece. Now people just throw them away.”

Nikoleta started weaving at 11 years old, learning the craft from her mother. Her mother learned from her grandmother. Today she is 75 years old and fiercely determined to keep the craft of producing handmade knitwear alive. She explained how she helps her daughter Anna to learn the craft and run the shop.  Nikoleta explained that running the family business has been challenging but for more than 60 years she has managed overcome the challenges to keep her simple shop open. 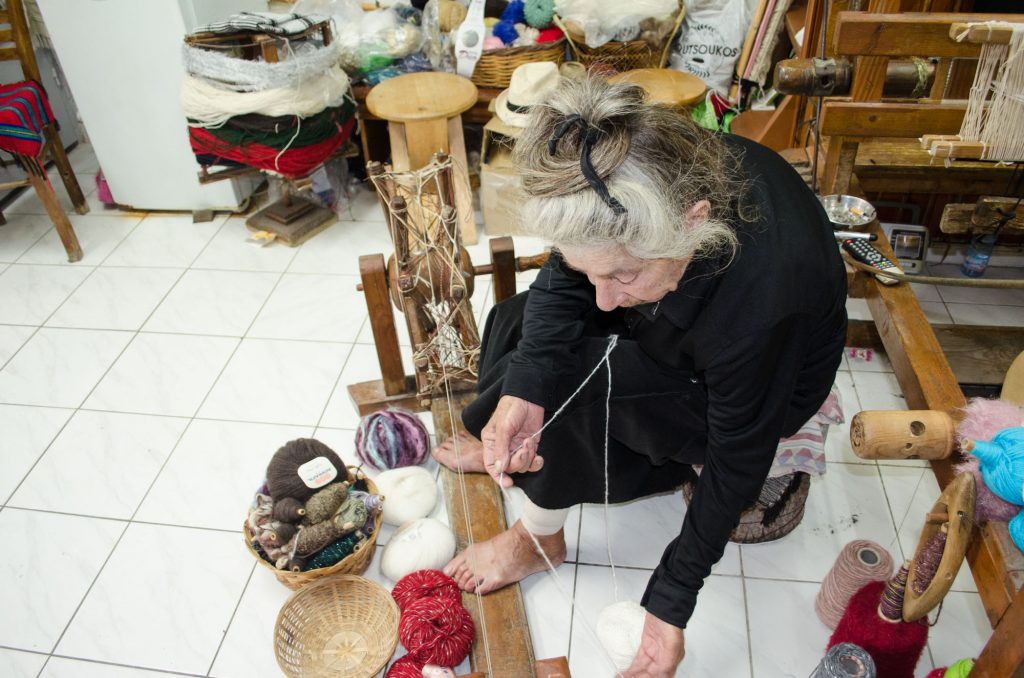 “I used to use Mykonian wool in my weaving. Now, there is no Greek wool available. That’s because the Naousa textile mills closed a few years ago. I’m left with no choice but to use imported wool,” she said. 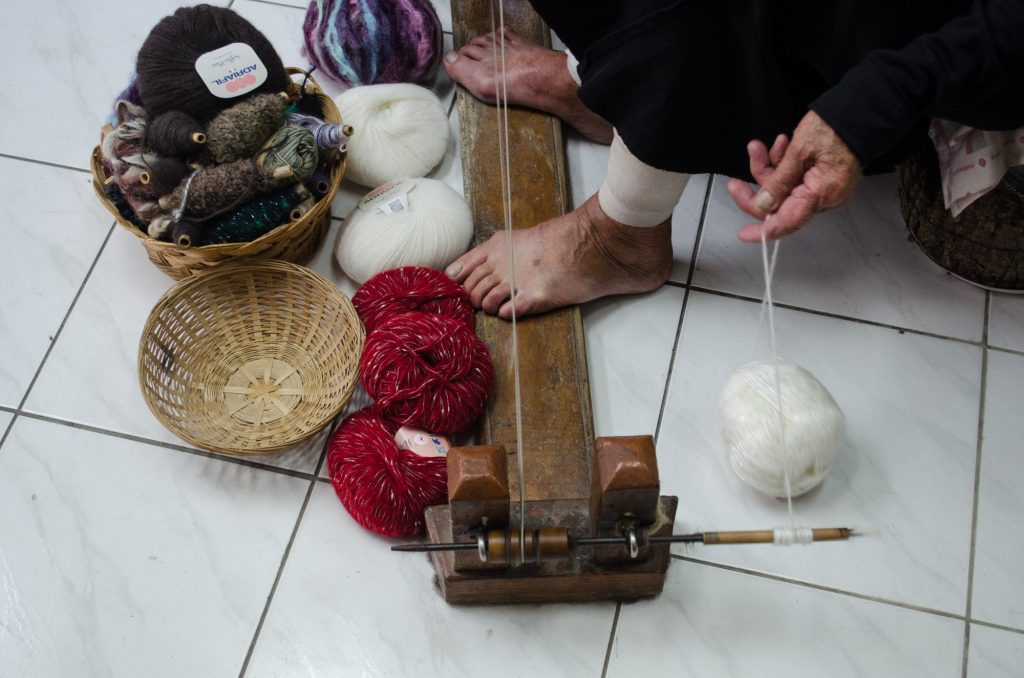 Despite her disappointment that 100 percent pure Greek wool is no longer available, Nikoleta weaves and creates beautiful, soft and colorful hats, scarves, blankets and clothing each day with her hands – and with enthusiasm.

As we chatted, American tourists walked into the little whitewashed shop to admire her work. They browsed the international newspaper and magazine clippings about her family’s handiwork that hung on the wall. Nikoleta’s face lit up as she proudly spoke of her profession and how she still loves what she does. 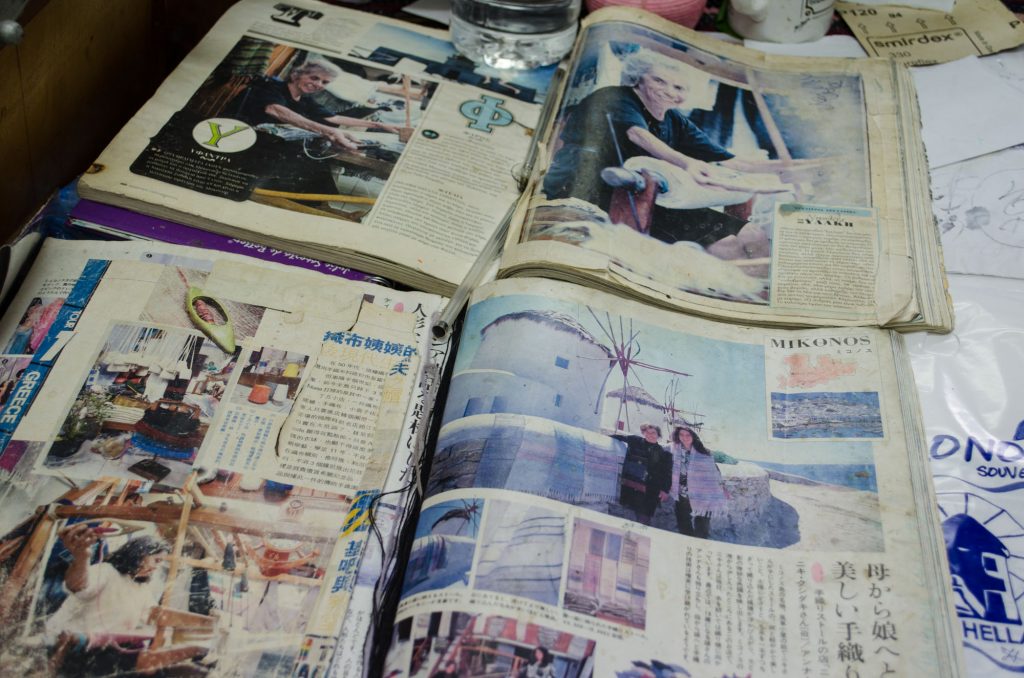 Lessons from Nikoleta: Weaving on Mykonos

Despite all the challenges of a dying craft, Nikoleta remains to be one example of a talented craftsperson who keeps it alive with passion and dedication. 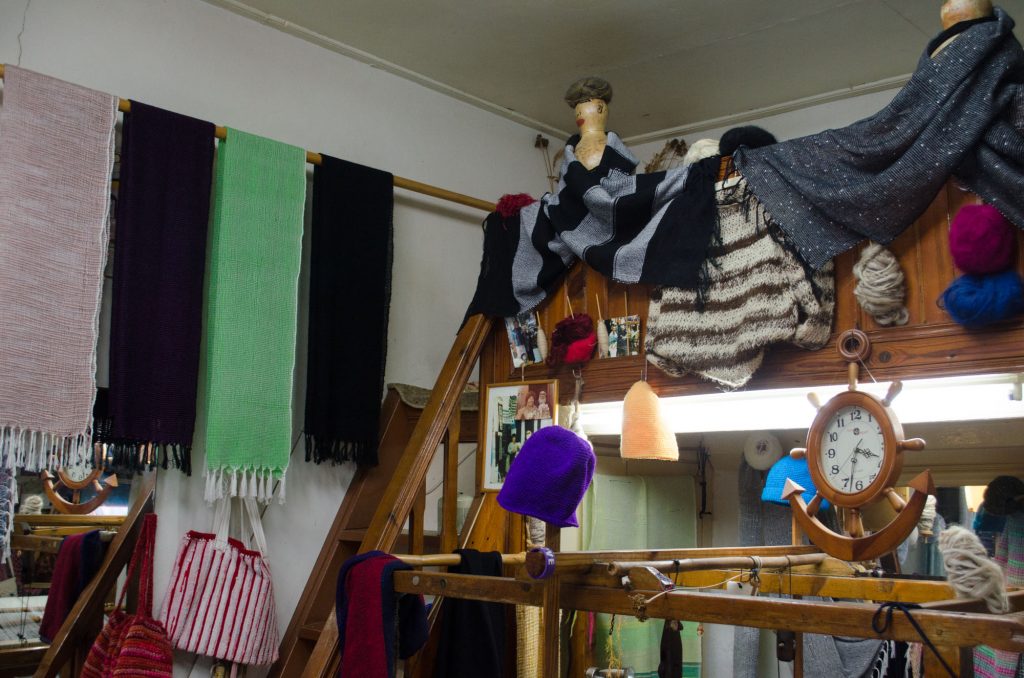 On your next trip to Mykonos, head to Little Venice in Mykonos Town to meet Nikoleta or her daughter Anna. They will surely share their tales of weaving traditions on Mykonos.

Have you ever purchased any handmade accessories or clothing from your travels around the world?