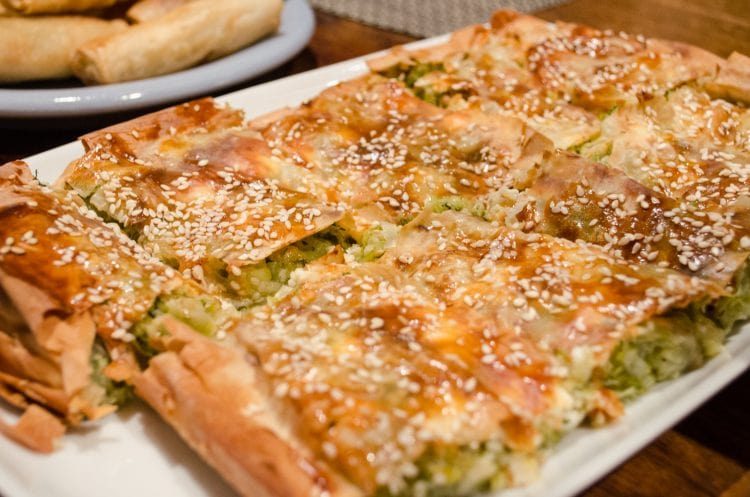 Part of our Greek hospitality means offering our guests some delicious homemade Greek food to sample from time to time.  Our savory pitas end up being a favorite among our guests and sometimes they leave Mykonos asking just how to make Greek zucchini pie!

Greek zucchini pie is called kolokithopita. It’s one of the varieties of savory pies featured in Greek cuisine.  Greek pitas are a staple of cooking in Greece because they make great use of in-season vegetables.

Other types of Greek savory pies you may have heard of include spinach pie or spanakopita and chicken pie or kotopita.  There are also delicious cheese pies that Greeks called tiropita. There are several versions of tiropita pies because they can be made with a variety of Greek cheeses.  Many pitas consist of filling layered in crispy filo dough while some recipes don’t have a crust at all. 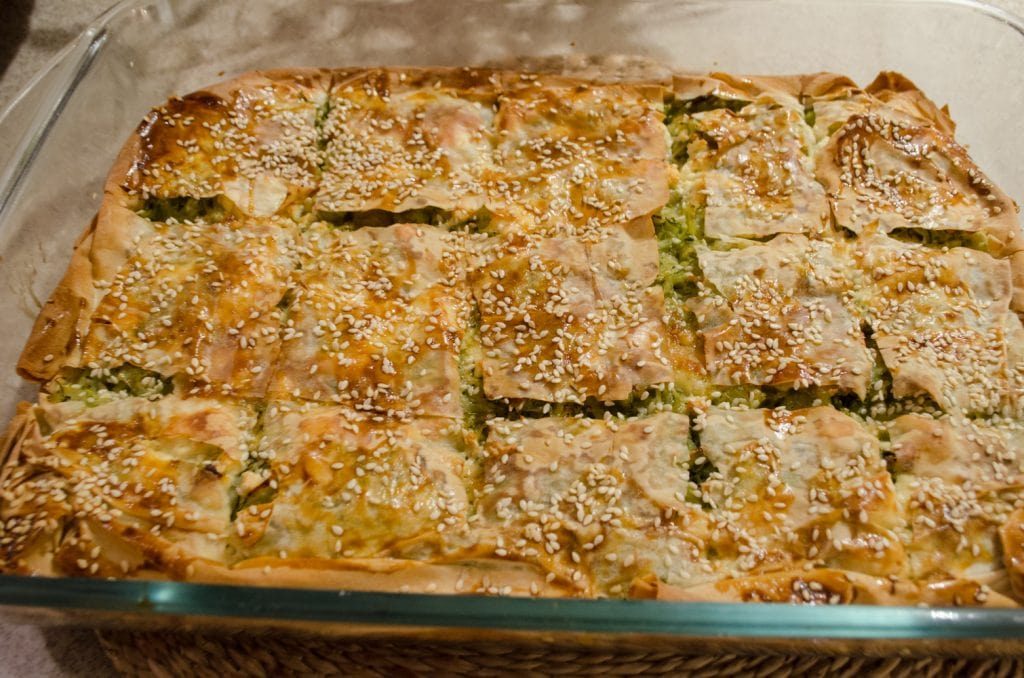 Greek pitas are great as a main dish, a starter dish or as a snack.  They are very easy to assemble, bake and they can be served warm or at room temperature – both ways are delicious.

Here’s our recipe for Greek zucchini pie or kolokithopita straight from our villa kitchen. 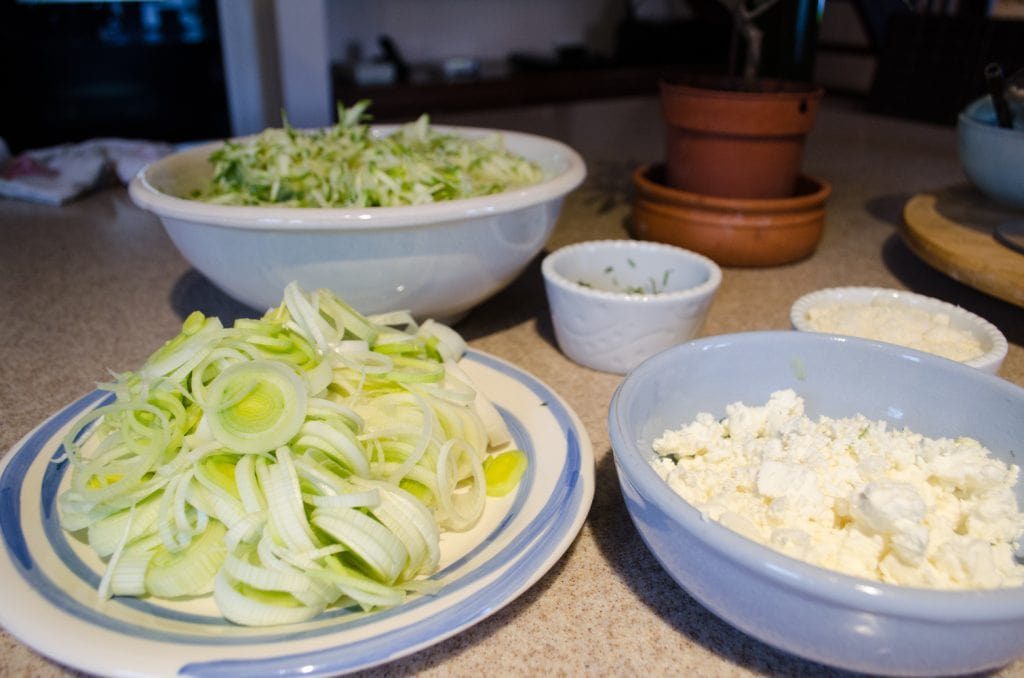 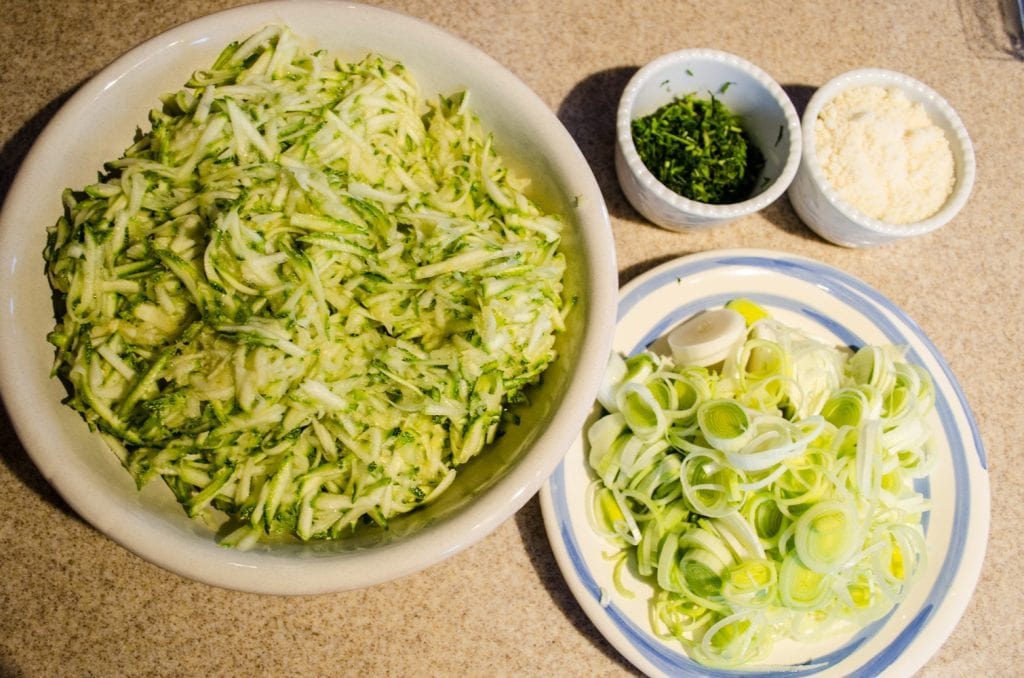 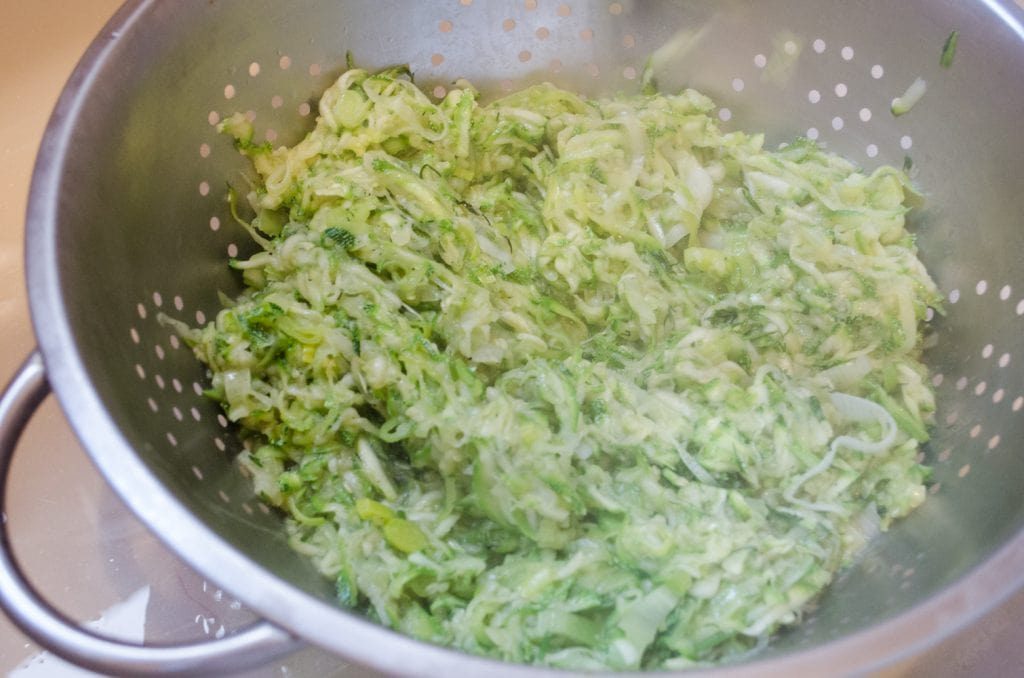 8)      Spread the sautéed zucchini mix (after letting it cool down) 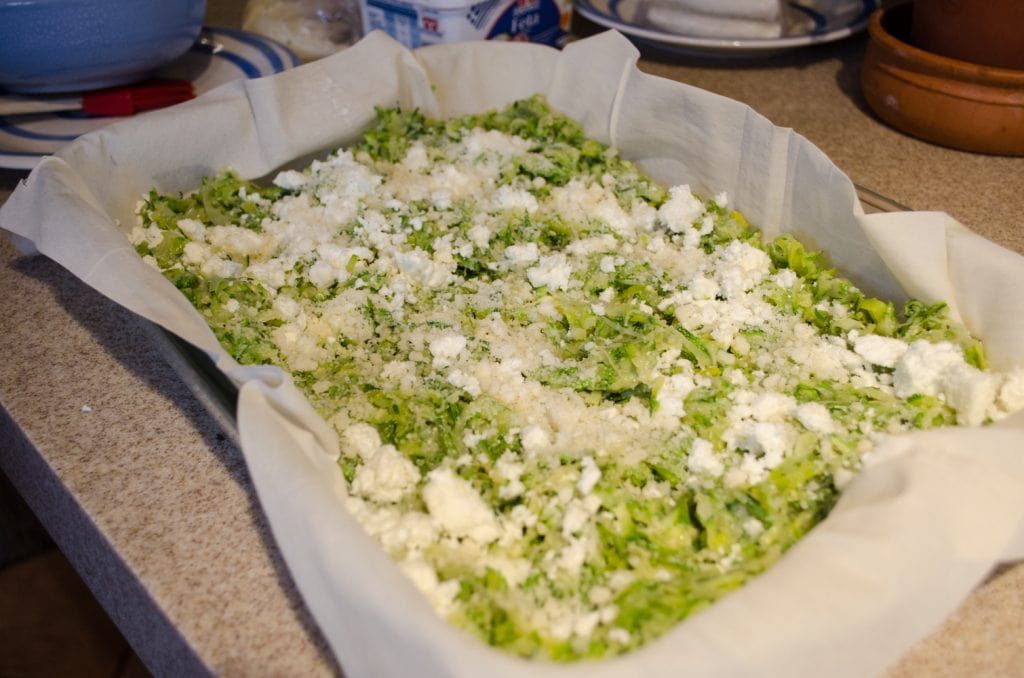 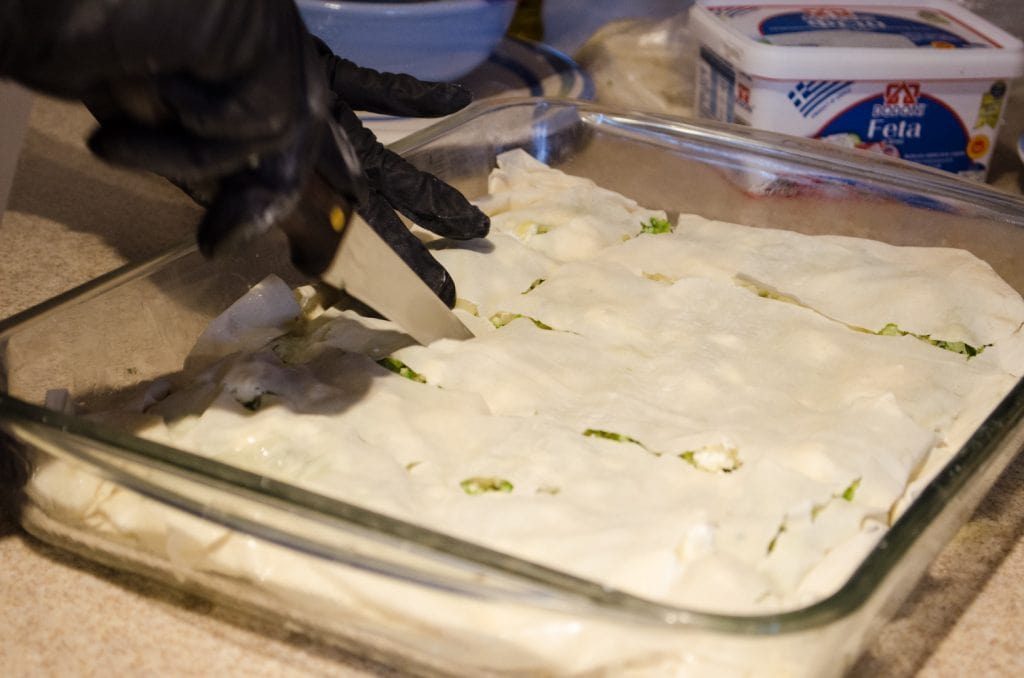 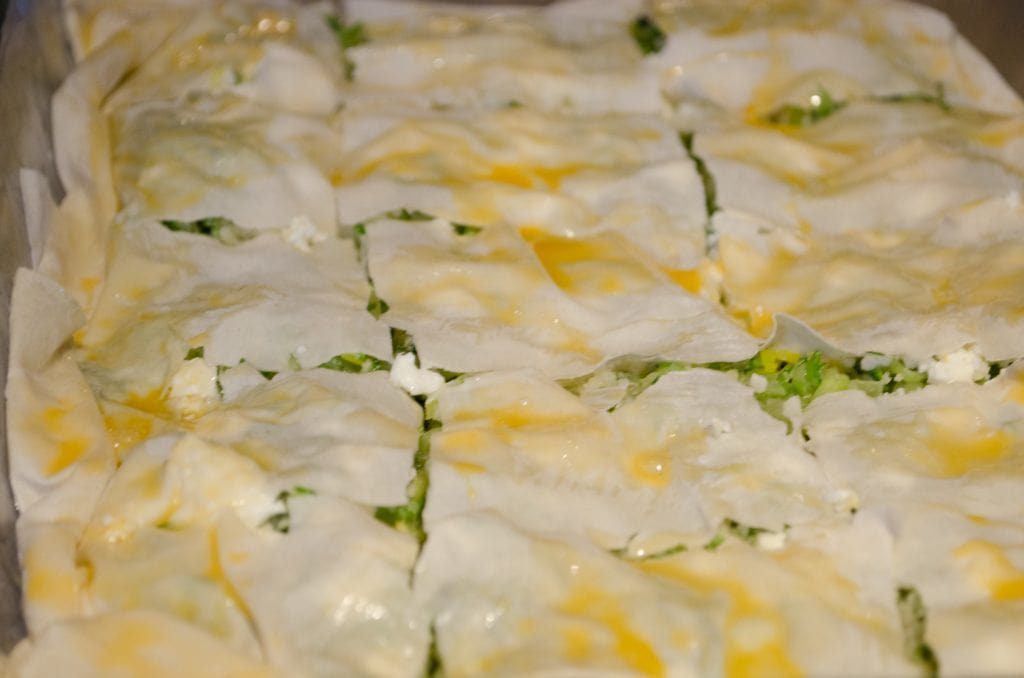 Do you have your own recipe on how to make Greek zucchini pie?  How is it different or the same?