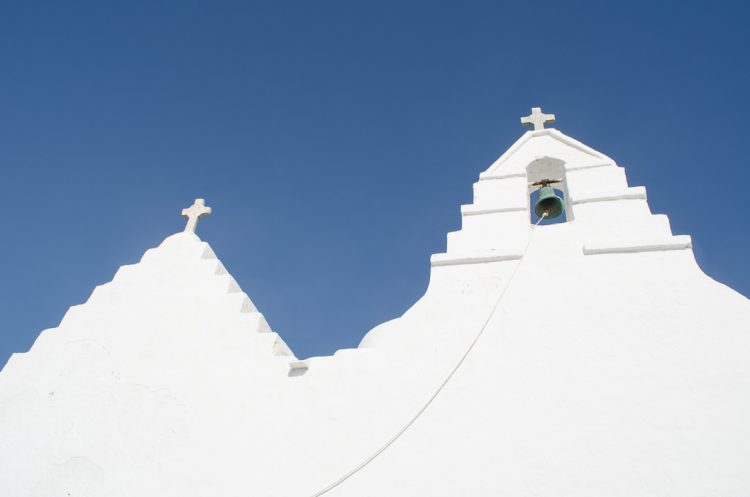 Panagia Paraportiani Church of Mykonos is one of the most photographed church in the world.  Here’s more on its fantastic story of faith. 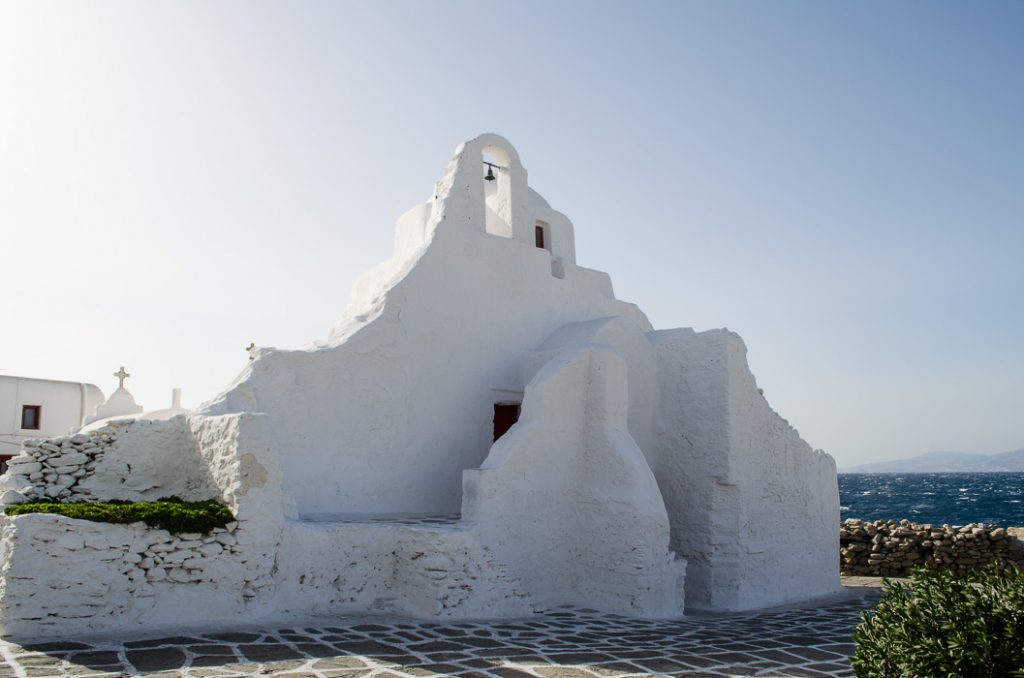 Let’s take a look the name of this special church on Mykonos. In Greek, Panagia means the Virgin Mary and paraportiani translates to standing next to the entrance door. At one point the church was next to a Medieval castle door. However, that castle and door was completely destroyed at some point.  One English translation names this whitewashed church as Our Lady of the Side Gate.

Five Churches in One

What makes this little church so unique is that this church is five small churches in one. The churches were built on top or next to the other. The unique asymmetrical conglomeration of these churches into one gets even more complex.  There are four different architectural styles involved including Byzantine, vernacular, traditional and western style. 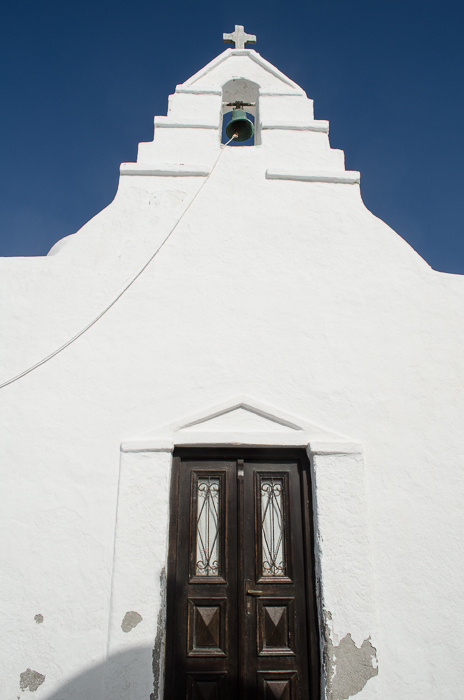 At the center of the complex is Agios Efstathios. That church is surrounded by the churches of Agios Anargyros, Agios Sozon and Agia Anastasia. To top all four of these aforementioned churches is the Church of Virgin Mary. The Church of the Virgin Mary has the central domed roof. 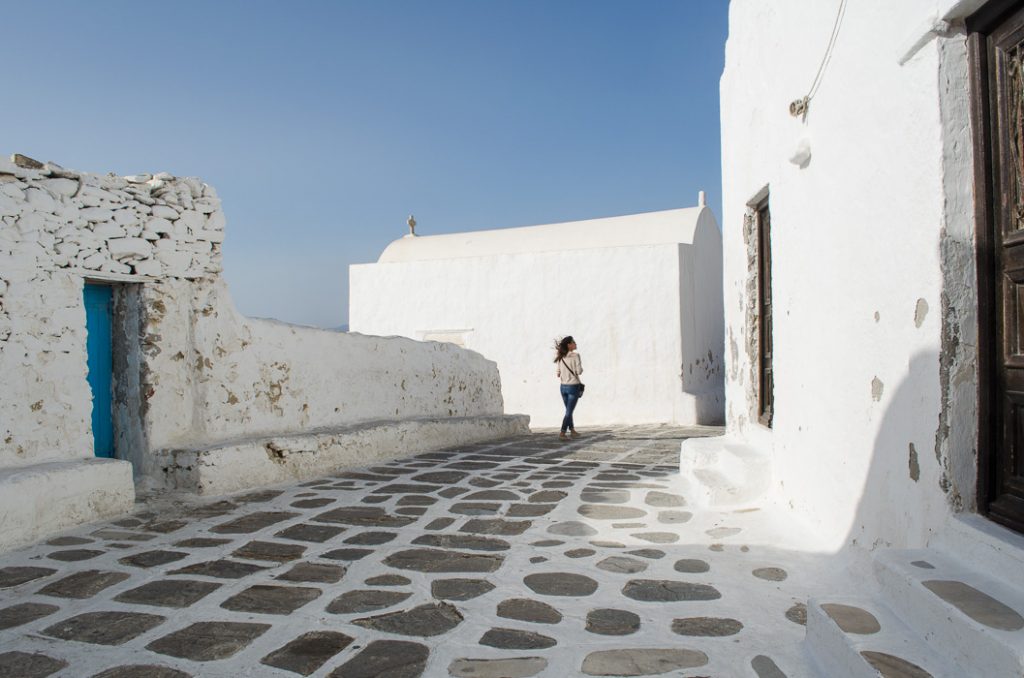 Why so many churches piled up on top of each other? Well, it wasn’t meant to be that way. The five churches were not built all at once. Rather, they were built on top of the other foundations throughout Mykonos’ long history.

Agios Anargyros is the oldest of the churches, built in the 14th century. All of the other churches were built in the 16th and the 17th century. Renovations continually took place until 1920.

You can find Panagia Paraportiani at the entrance of Kastro neighborhood in Mykonos Town, right by the sea.  It’s a beautiful photo to take during your travels to Mykonos. 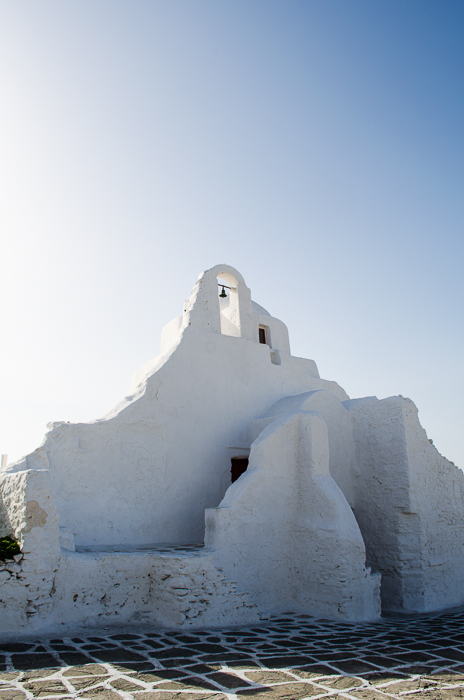 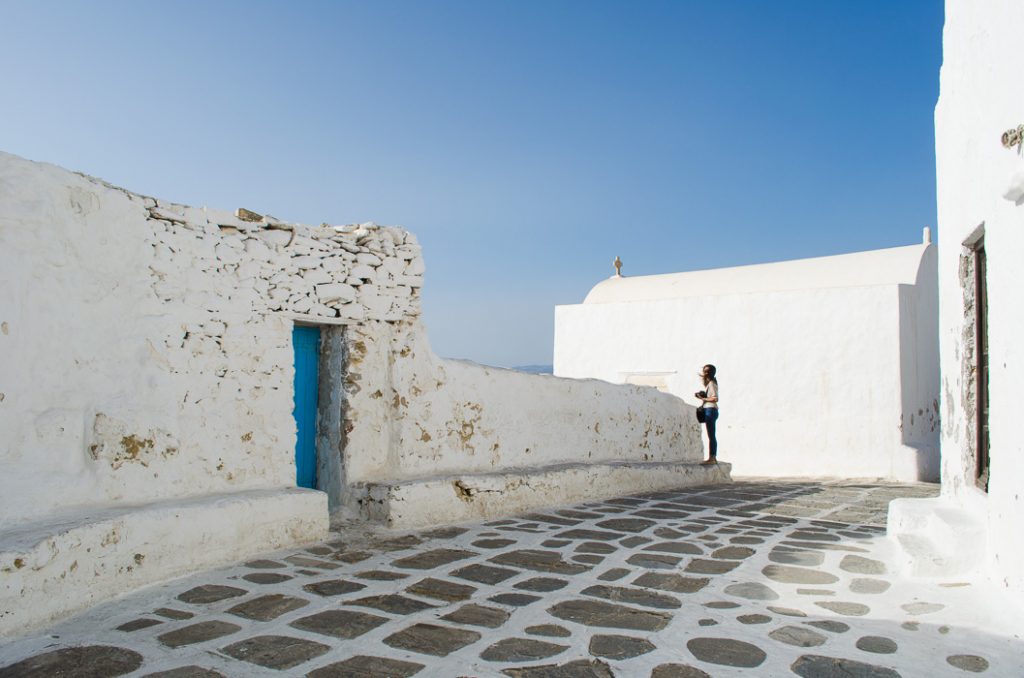 Have you ever visited a church you really thought was special? Tell us why.