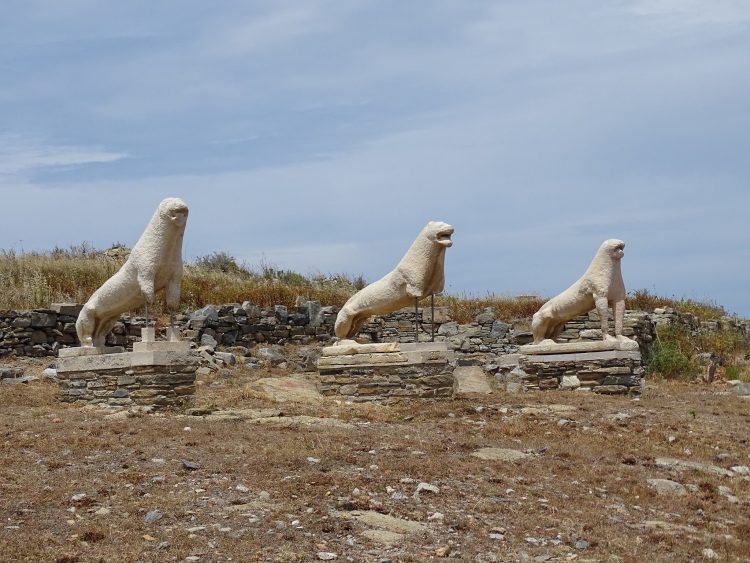 Like other destinations in Greece, Mykonos has its own special stories in Greek mythology.  Still admired and told today, the Greek myths associated with Mykonos answer the question of how the island formed and where it got its name.

Just how the beautiful rocky Cycladic island came to be and how it was named is explained by ancient Greek myth.

Mykonos in Mythology: Gods vs. Giants

How Mykonos came to physically be goes back to a battle between gods and giants!  It was a significant time in Greek mythology called Gigantomachy, an ongoing war between the Giants and the Olympian gods over who would rule the universe. In a fight between Hercules, who was the son of Zeus and the strongest of all mortals, and the Giants — Mykonos came into the picture. 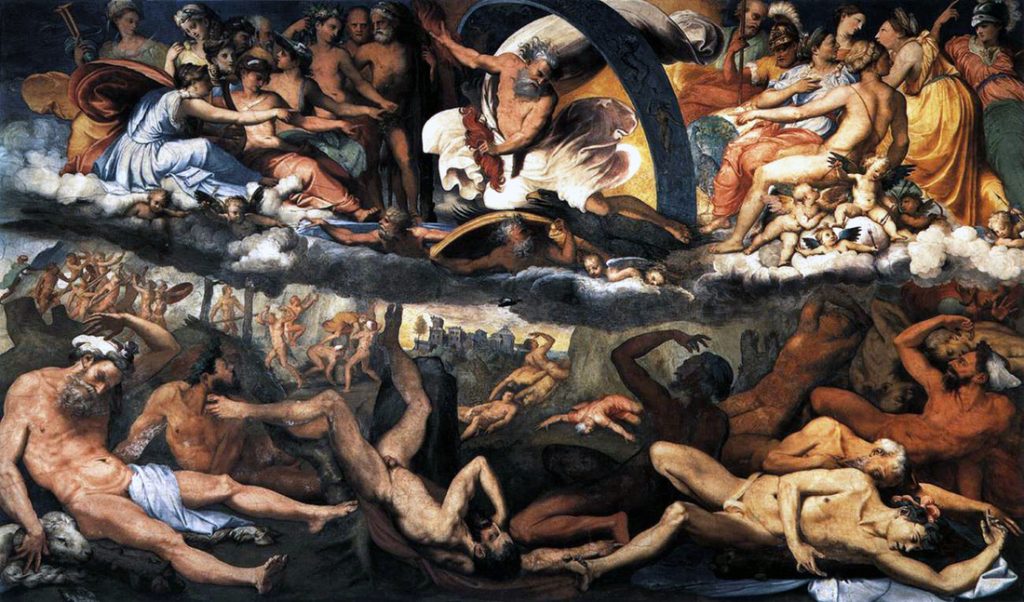 The giants, who were as tall as mountains and incredibly strong, were thought to be invincible.  During the battle, Hercules managed to get them out of the protected area of Mount Olympus. He brought them to Mykonos where he killed them and buried them under the enormous island rocks. The large rocks scattered around Mykonos are said to be the petrified corpses of the Giants. 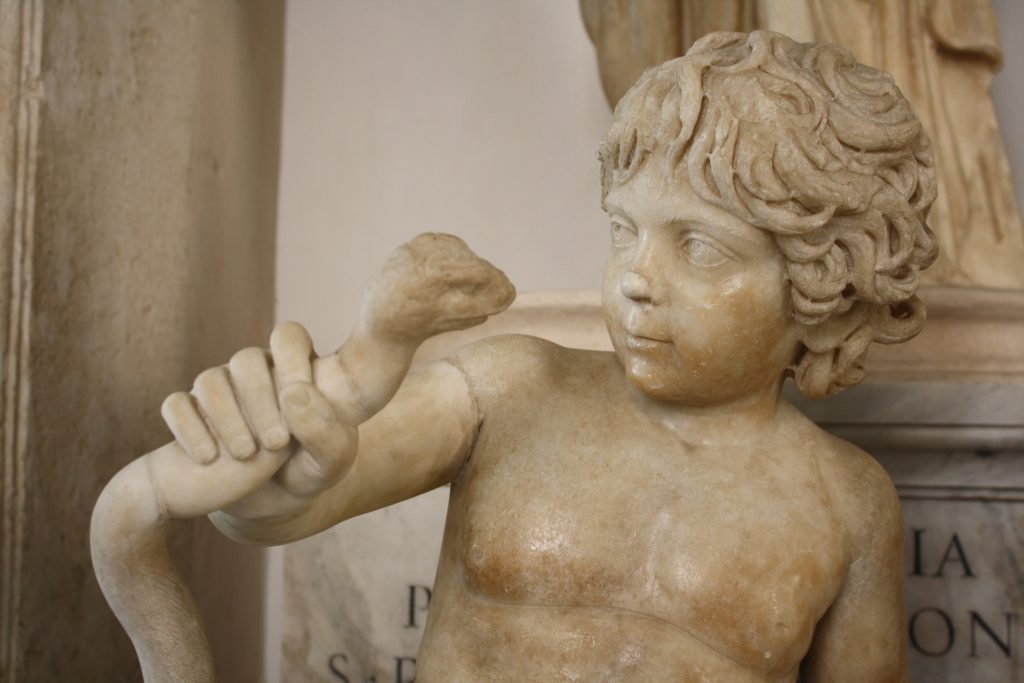 Another version to the ending of the story says that the island of Mykonos was created by the petrified bodies of the giants killed by Hercules. This version also explains why the island is so rocky.

Mykonos in Mythology: The Name

According to Greek mythology, the island is named after its first ruler and demigod named Mykons. He was a local hero who was the son (or grandson) of the god of the sun, Apollo.

The god Apollo was said to have been born on the neighboring island of Delos which was a very important spiritual center and financial center during ancient times.  In fact, the Cycladic islands get their name from the Greek word kyklos which means circle (also a derivative of the word cycle in English).  To the ancient Greeks, their world in many ways revolved around the Delos, the sacred island where Apollo was born. 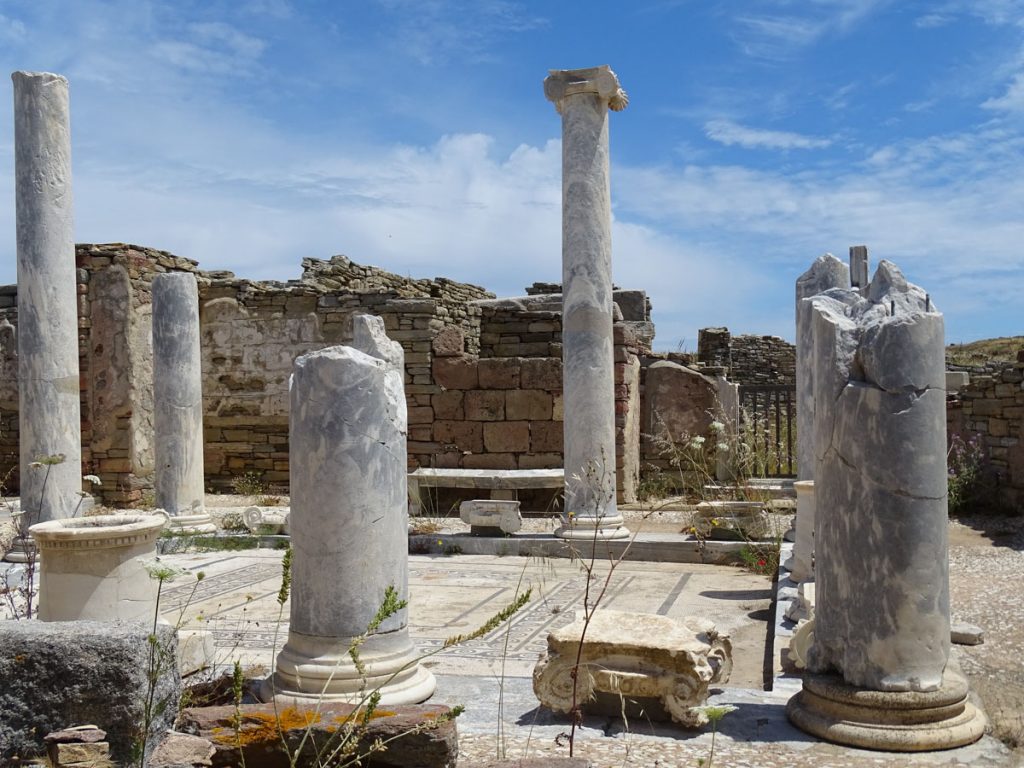 We love the fantastic myths associated with the Greek islands, especially Mykonos.  Which Greek mythology tale is your favorite?