The Legend of Petros the Pelican 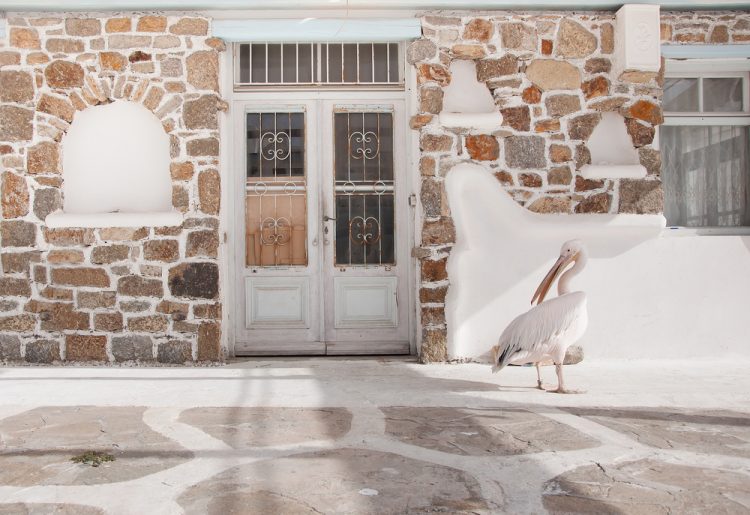 Say the word Mykonos and what comes to mind? A-list parties, international celebrities and the jet setters who lounge by the pools of their private villas. The truth is there is just one celebrity on the island. His name is Petros. He’s a pelican. He knows he’s a star.

The Legend of Petros the Pelican

When Petros walks the streets of Chora, everyone stops to take a selfie with him, a video of him or both. He is a household name that needs no introduction. Here’s why…

Petros the Pelican is the official mascot of Mykonos. According to the legend, back in 1958, a local fisherman found a wounded pelican. He took care of the bird by providing medicine and shelter in the hopes to set it free once it regained its strength. When that day came, the pelican was to be set free except he didn’t fly away. The conclusion? He was overwhelmed with the love and care he received from the locals, he didn’t want to go. So he didn’t. Mykonos was his home.

Petros the Pelican lived happily on the island for nearly 30 years until one day he encountered a rather sad end. There are a few versions of the tale told about his death. Some say he was hit by a drunk driver while others say he was sexually assaulted by a drunk tourist. Whatever it was, this time round, luck was not on his side.

The sad news quickly spread around the world as the island mourned for the loss of its great mascot. The Hamburg Zoo responded immediately with a gift. They sent a replacement: Petros, Jr. Jackie Kennedy-Onassis, a regular Mykonos socialite also came bearing gifts, a lady pelican named Irene. And so the legend of Petros the pelican continues on the island till this day.

A few years back, another wounded pelican found its way to Mykonos. The locals saw it as a sign and as they nursed it back to life. This third pelican made its home on the island — he was named Nikolas. Today there are three pelicans residing on Mykonos. They are often spotted as a pair, a group or on their own walking around the waterfront. They know they are famous and have found ways to be treated as celebrities, getting a great daily treat of fish at the local tavernas until they have satisfied their hunger. Next, you can find them strutting around the cobbled streets of Chora posing for a few photos. 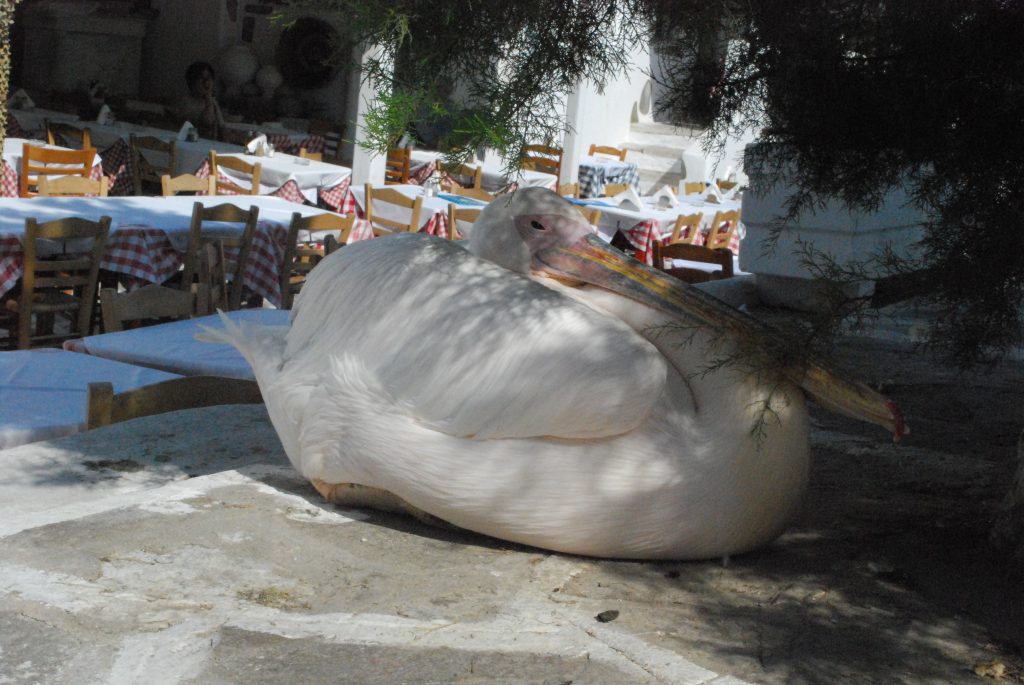 Since Petros, the pelican has become very much part of Mykonos tradition. As you are planning your holiday getaway make sure to include saying hello to the pelicans of Mykonos in your list of things to do! 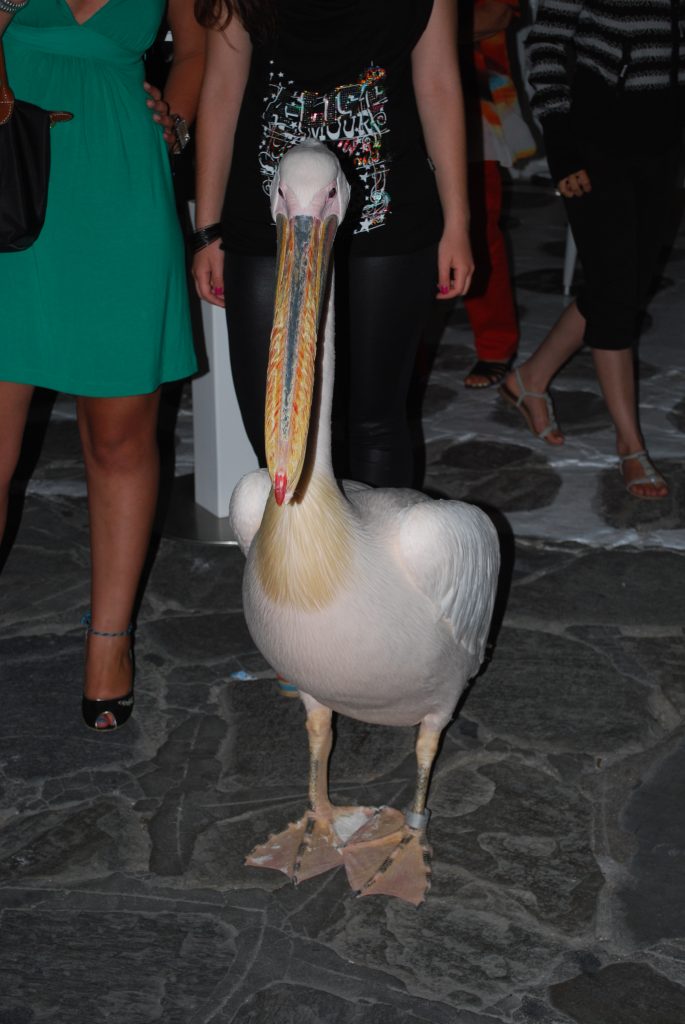 Have you spotted the famous pelican mascots of Mykonos? Do share your story by commenting below.