Browse the jewelry shops of Mykonos and you’ll likely come across the beautiful laurel wreath. This symbol of Greece has much meaning. 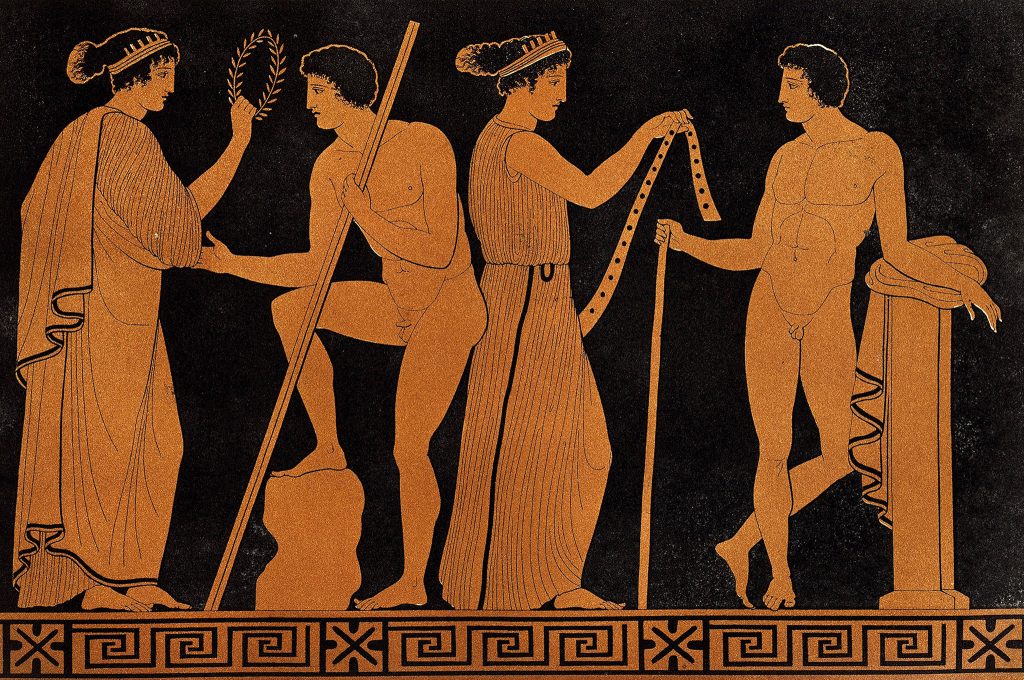 You’ve seen this famous symbol before, perhaps as it was placed on the head of a winning athlete during the Olympic games or noticed them worn on the heads of significant ancient Greek scholars and leaders. The laurel wreath is one of the eternal symbols of Greece.  Its interlocking branches and bay laurel leaves are a simple yet beautiful invention — a symbol of victory, power and glory. Today, the expression “resting on one’s laurels” refers to the competitive spirit. It refers to those that don’t strive to try to achieve anything more due to past successes.

The Greek word stephanos means crown or wreath, which is the origin for the popular names Stefanos and Stefania in Greece (Steven and Stefanie in English). Ancient Greek wreaths were made from plants, such as the laurel, as well as myrtle and oak.  These special headpieces were also associated with Greek gods and goddesses. 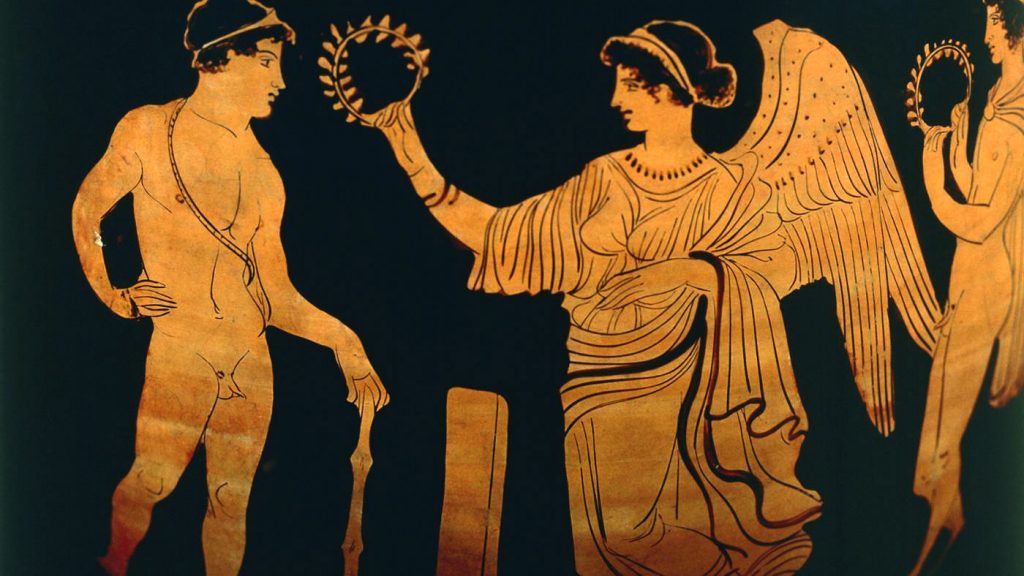 Beginning in 776 BC, these wreaths were awarded to athletes during the Olympics.  That came to be thanks to Greek mythology. Apollo, the Olympian God and son of Zeus, was in love with a nymph named Daphne. Daphne didn’t feel the same and fled from Apollo, asking a river god for help. She turned into a Bay Laurel tree, a fragrant plant, just as Apollo approached her. The laurel is called daphne in Greek, after the nymph’s name.

Apollo was torn over the loss of Daphne and to remember her, he made the laurel the symbol of poets.  Apollo also cut off a branch to wear as a wreath, declaring the plant sacred, a symbol of his unrequited love. That’s how the laurel wreaths came to be a crown of leaves.

These beautiful leaves were represented on countless pieces of precious ancient Greek jewelry. Browse through any collections of jewelry at one of Greece’s fantastic archaeological museums to see how these leaves were incorporated in the design of earrings, brooches, hair decorations, bracelets and rings. 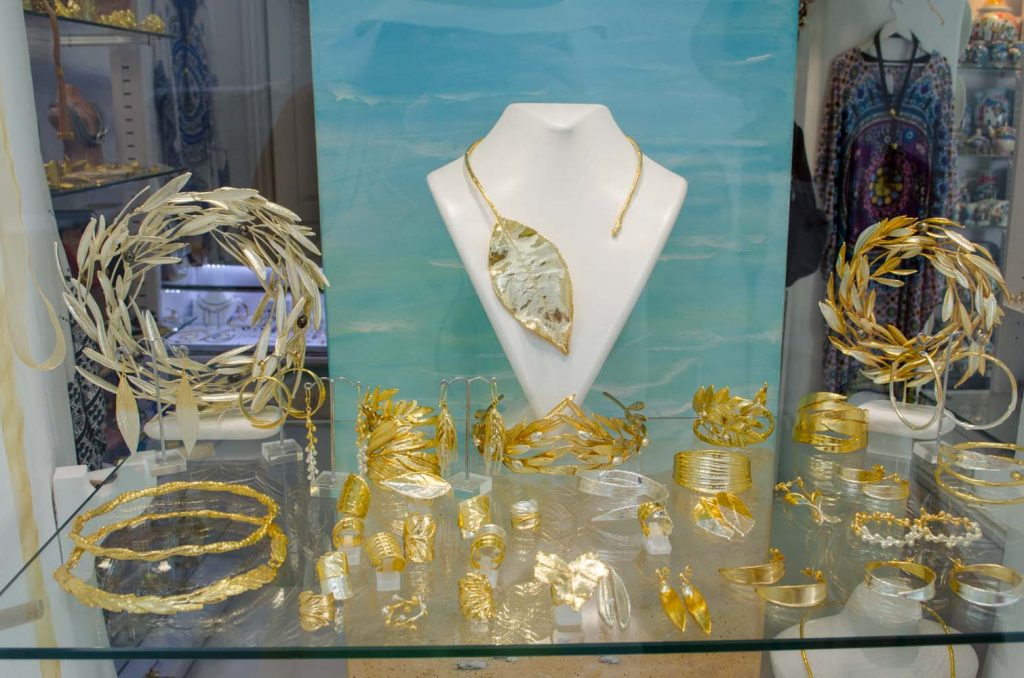 Ancient Greeks made these beautiful wreaths or crowns horseshoe-shaped. Sometimes they were made into complete circles which signify eternity. Dazzling wreaths sculpted of fine metals were worn to show status in society. 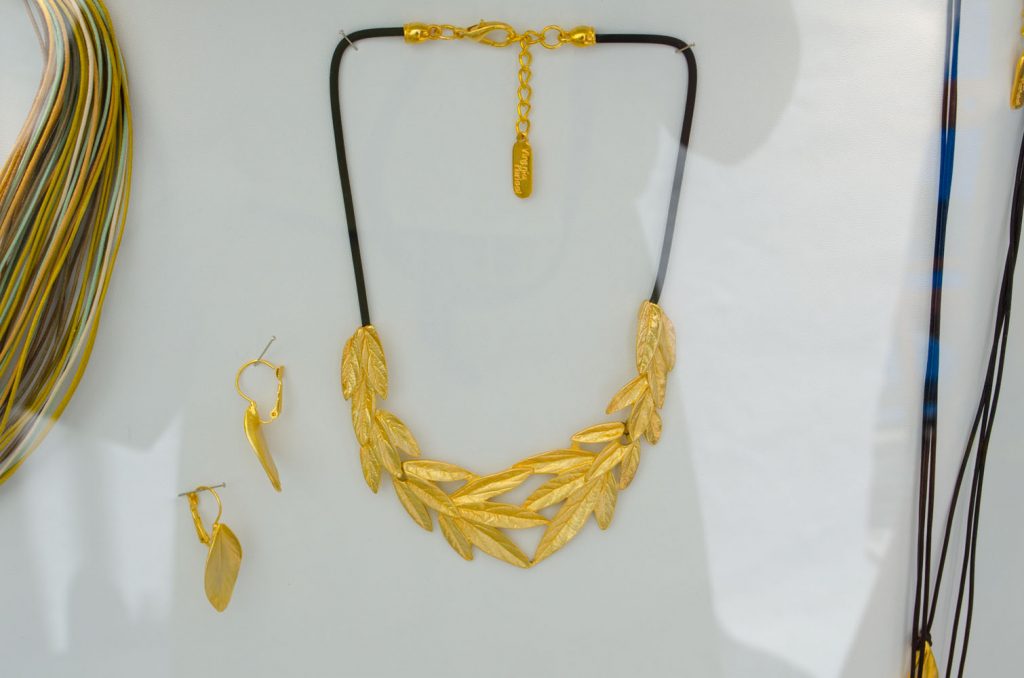 Today, the crown as a symbol of eternity is worn at traditional Greek weddings. Both the bride and groom wear crowns as they exchange vows.

If you’re looking for a unique piece of jewelry to take home, the design of a laurel wreath is one that hold much symbolism and meaning in Greece and as a result, throughout the world.  Some pieces are beautiful in gold, others are impressive in silver. Like other ancient motifs, such as serpents, evil eyes or engravings, laurel wreaths can be designed in new contemporary ways, mixed with various metals and gemstones. 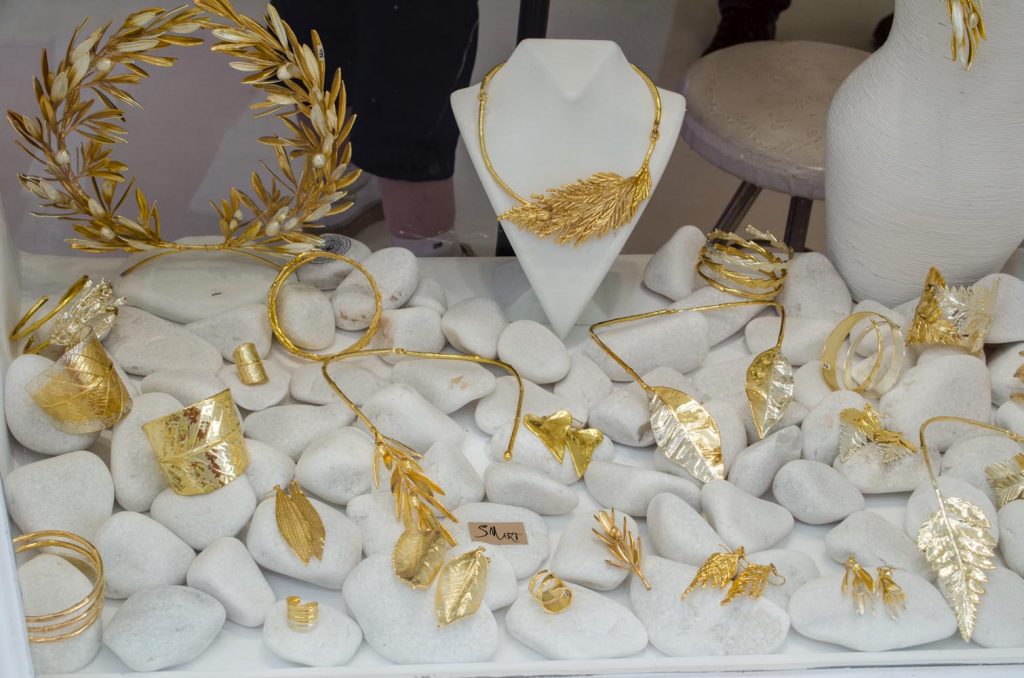 Have you ever worn a wreath on your head for any occasion?