Villa Hurmuses believes in reaching out to those in need.  That is why we are proud to give back to the community. In Greece, we support the non-profit organization called Emfasis.

Emfasis was started by Greek citizens living abroad. They work with volunteers in Athens to respond to various social needs during the Greek economic crisis. 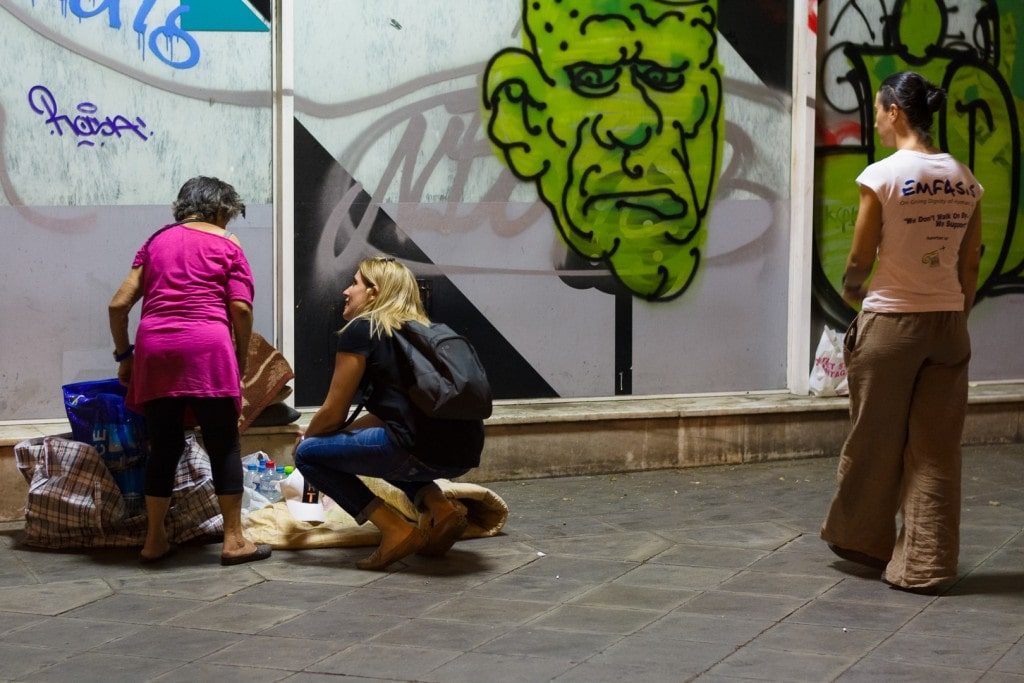 Emfasis relies 100 percent on private donations. The people who support its mission are implementing its mission. More than 68,000 volunteers have participated in various project out on the streets of Greece.  Emfasis coordinates socio-educational missions that aim to help people who are socially vulnerable or socially excluded. 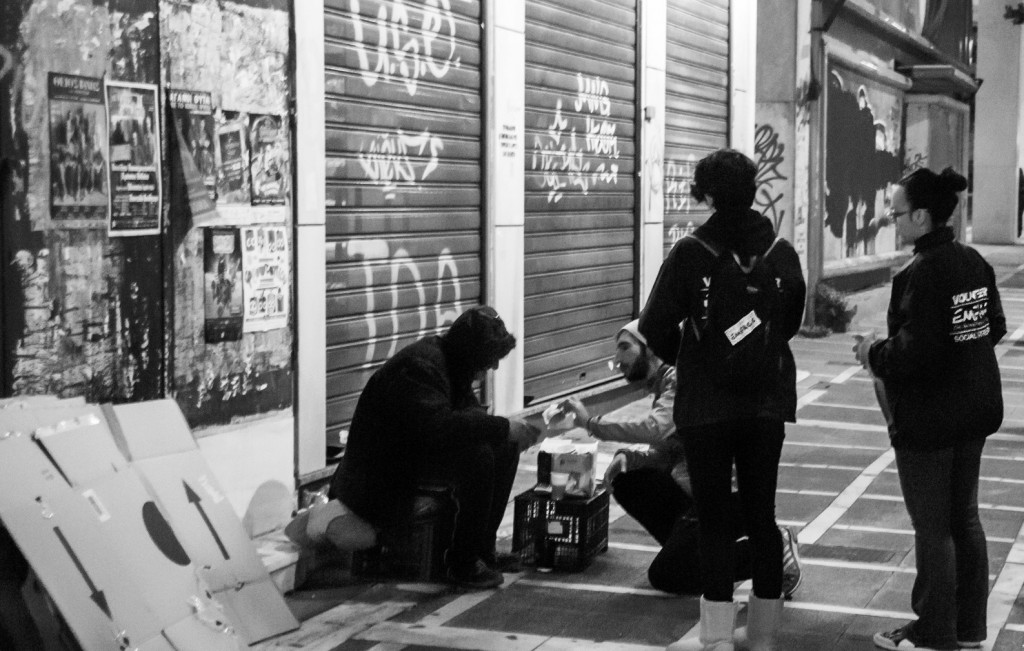 Special projects have changed the lives of people in amazing ways including a health card project which brings health care services to those living under the poverty line. A social support network helps with providing housing, meals, public services information and more. 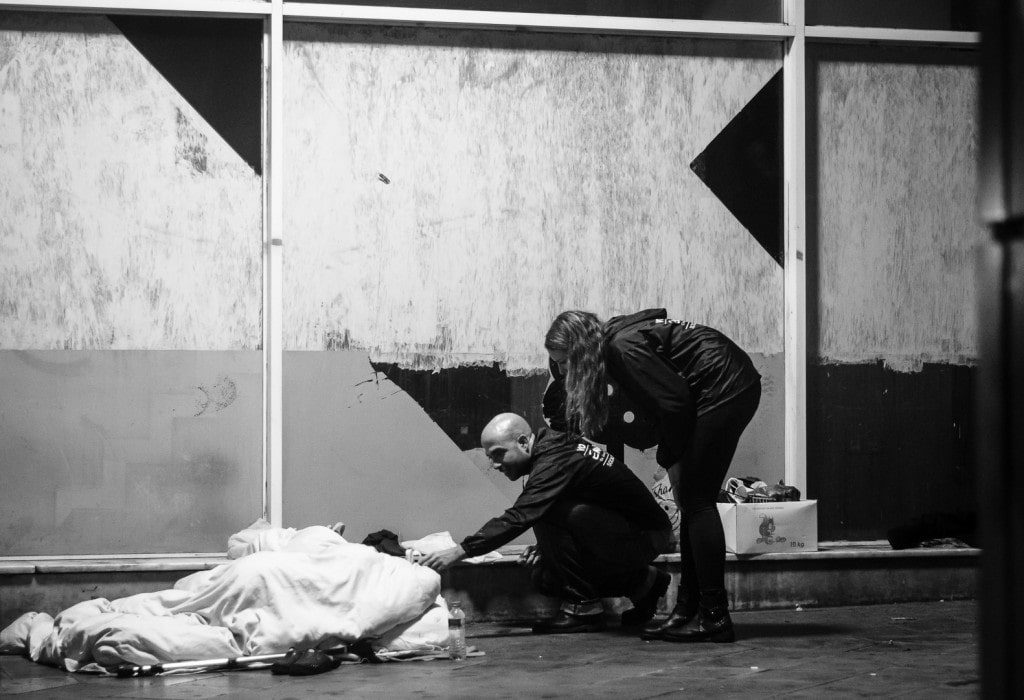 For more information on Emfasis and to consider donating your resources or time, please visit the website at: http://www.emfasisfoundation.org/

Greek Charity Work at its Best During the Crisis

Read these inspiring stories from Emfasis about the lives they have changed in Greece:

Emfasis Foundation is witnessing a myriad of personal stories from people we meet through our outreach programmes. Most stories are an undeniable testimonial of the miraculous willpower displayed by these people.

Panagiotis, 33, used to live in Aspropyrgos. He lost his father in 2008 during an already very burdensome time for his family, as they were struggling financially. At that time, he was trying to get some occasional jobs to somehow deal with the financial hardships his family was experiencing as alike many other Greek households affected by the deep economic crisis.

Following a big disagreement with his mother in 2013, he left his home and came to Athens in search for a better life. He headed to Zappeion, the only place he knew in the capital. The money was not even enough to buy a bus ticket, let alone to rent a flat. Having no other choices, he ended up on the street.

Panagiotis spent one year at Zappeion. He used to take a bath at the public fountains. He was really scared about his life but he never gave up trying. He used to help occasionally at a café, securing his food and a coffee. He even started working in at the cemetery, cleaning graves in order to earn some pocket money. After all of this, he still could not afford to rent a flat.

Eventually, he learned about the “street” magazine Shedia, a magazine sold by people in need helping them to earn some money and rebuilt their lives. He started working there as a seller and after a while he was able to rent a small flat. He is still working there in order to cover his basic living-costs while taking Greek language reading and writing courses.

The last obstacle standing in his way to pursue a better job: his smile. While having to deal with all of his problems, he neglected his oral health which led to the loss of his teeth. Emfasis came into his life, taking care of this vital need. Helping him with his titanic efforts to build a better future, Emfasis offered him a new smile through its program called Changing the Past, which provides socially vulnerable people who have completed their respective social inclusion programs with cosmetic dental restoration.

Emfasis, changed Panagiotis present life by removing a self-image that was a constant reminder of his troublesome past. Panagiotis, now, full of confidence offers the world a big smile. A smile that gives him the courage to keep taking his life-changing steps.

The title of this story reminds of a fairytale title. This past Christmas offered Mr.”Dimitris” a feeling similar to the magic of a true fairytale.

But, let us begin with how we first met Mr. “Dimitris”.

On Wednesday afternoons, our volunteer Social Street Workers and social services teams of Emfasis Foundation can be found at SynAthina, a space opposite the Varvakios central market. During these hours, we offer various support services to the homeless, unemployed and in general to all of those below the poverty line. We inform them and educate them regarding social benefits offered by different social entities as well as how to go about bureaucratic procedures. Furthermore, we offer legal and employment advisory, as well as applications for the Emfasis Health cards.

One of these Wednesdays, we met Mr. “Dimitris.” At 69, he had been facing a number of serious personal and financial problems that eventually drove him to live on the streets.

The mishaps in his life were endless. Mr. “Dimitris” led a decent life in Kastoria, the city he originally comes from. He ran a small business in order to provide the necessary for his family.

Unfortunately, though, that was going to change.

The economic crisis that affected so many Greek households, knocked on his door too. His small business began gradually to fade away; the clients became sparse whilst his tax debts increased by the minute, making it impossible for him to meet the payment installments.

And, as if that wasn’t enough, he suffered the ultimate blow. He lost his wife in a car accident.

He wanted to leave, disappear and leave behind his painful memories. He decided to travel to Athens but the capital proved to be a lot harsher than he had anticipated. After spending time after time as a guest in his friends’ homes, deprived of financial resources, he started losing hope for an independent life with dignity. This started to change when he met an old family friend who wanted to help him out of his situation.

Thanks to his friend’s financial support, he managed to rent a small room with basic furniture and a stove to cook. Despite having a roof above his head, it was still not enough to enable him to stand on his own feet.

The tax dues were a constant threat to Mr. “Dimitris” and eventually this constant tension and anxiety became the cause for a number of serious health problems. Once more, he feels excluded, marginalized and helpless.

It was at that point that we got to know him. He confided his life story of poverty, loneliness, despair to us.

Our team of specialists, psychologists and social workers detected the sheer sincerity in him and vowed to try and offer him the support and encouragement he needed in order to give the ultimate fight for a second chance in his life.

We met regularly with him for over three months, and we made a number of discoveries. First, we found out he was entitled to receive a small pension. Then, we swiftly moved on with applying for a national health services booklet, so that all his medical care would be under social welfare.

Then, it was time to deal with is biggest nightmare, the tax debtsettlement. With our persistence and Mr. “Dimitris” daily efforts, we reached an agreement with the bank. He started settling his debts in installments.

Just as Christmas arrived he felt that despite his life being on some kind of right track, he felt so lonely with no one to share the festive atmosphere. We could not allow this to happen.  So, thanks to our help, Mr. “Dimitris” joined few family members in the city of Ioannina in Northern Greece, surrounded by human warmth after torturous years filled with pain and loss.

Mr. “Dimitris” is an inspiring example for all of those who may feel they have lost everything.  This is why we will continue to stand beside him, because he is very special to us and has taught us – in the humblest way – that we should never stop dreaming of a better chance in life.

So, in a sentence, we will try and capture Mr. “Dimitris’” new motto in life: “He lives trying hard all the time, because the center of his life became an endless effort to love.” 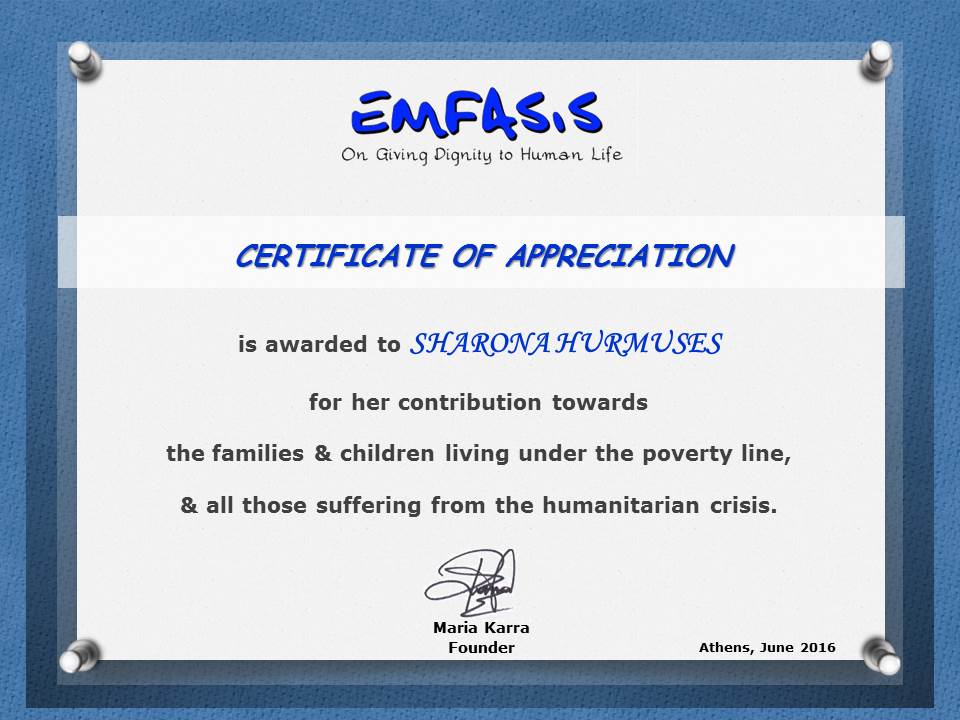