Famous Churches and Monasteries of Syros Centrally located in the heart of the Cyclades islands, Syros is renowned for its harmonious blend of Greek tradition and western influence. Just one hour via ferry from Mykonos, Syros is one of the top recommended trips we recommend to our guests.

Churches and Monasteries of Syros 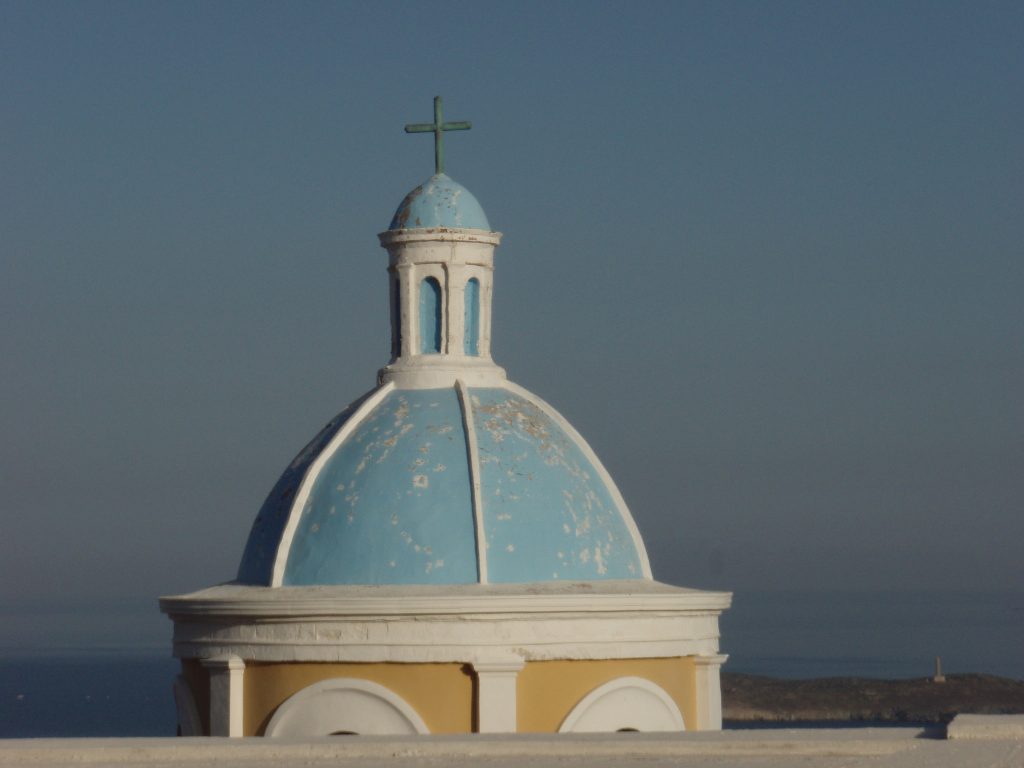 The Church of Metamorphosis

The Transfiguration of the Savior and Diocese of Syros was the first church built in Ermoupolis, the island capital.  It was completed in 1824 by refugees from Psara and Chios. Resembling the Church of Panagia Evaggelistria of Tinos (Our Lady of Tinos), this three-aisled basilica features a dome and two bell towers. Also, look out for decorative paintings, wood carvings and old icons. Inside the church, visitors admire the ecclesiastical furnishings and exquisite samples of hagiography of the 19th century.

The Church of Resurrection 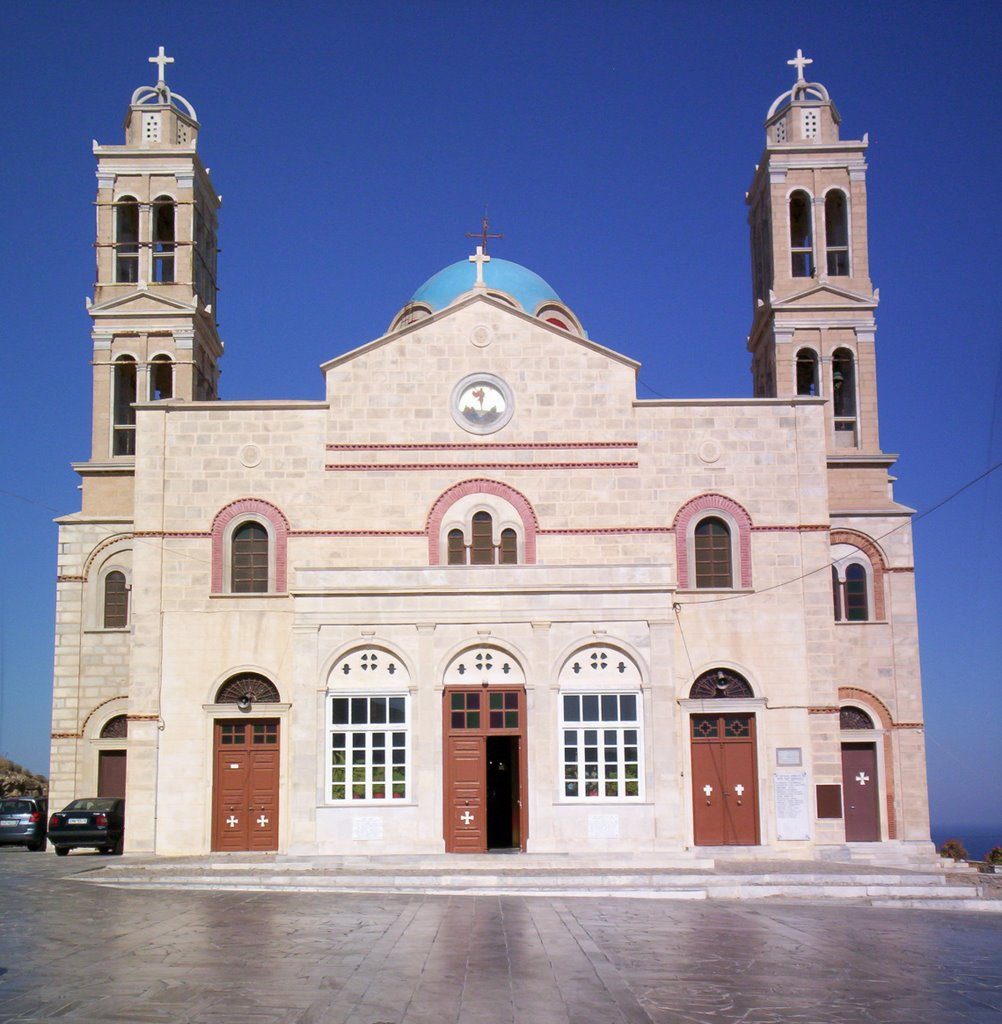 This magnificent temple dedicated to the “resurrection of the nation” is perched on top of the hill in Ermoupolis with captivating views of Tinos and Mykonos. The church was constructed in 1874, however it only began to function consistently from 1908 onwards. This three-aisled Byzantine style church is decorated with neoclassical elements and is recognized by its two impressive bell towers. 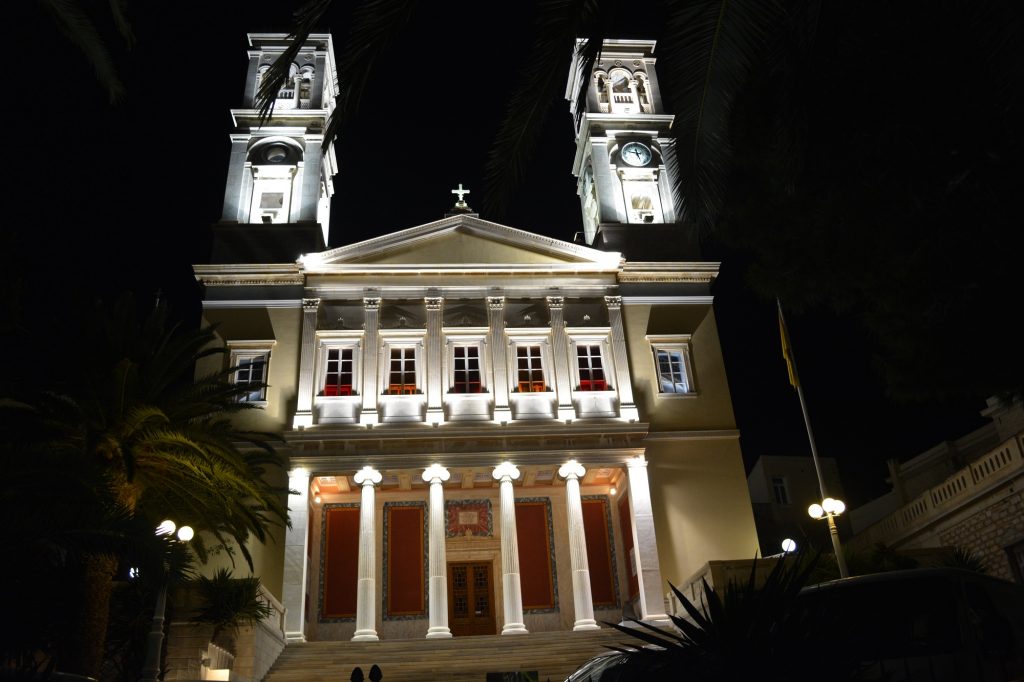 Dedicated to St. Nicholas this magnificent church was initially commissioned by King Otto in 1848. Located near Miaouli Square, the church was completed in 1870 with much fanfare. A two-storey grand temple with a lavish marble staircase, decorated with ionic columns, motifs, arcades and sculptured decorations was unveiled. Inside the church visitors can admire unique iconostasis created by talented hagiographers.

The Assumption of the Virgin

Set in the heart of the main square of Ermoupolis, the Assumption of the Virgin, also known as Koimisis tis Theotokou is the second oldest on the island. It is well known for housing one of the masterpieces created by the famous Greek painter Domenikos Theotokopoulos, known as El Greco, making it one of the most impressive sights on the island. The church’s interiors are enhanced by wood carvings and marble.

The Catholic church dedicated to St. George was built on the highest hill of the Venetian Town of Ano Syros in 1200. Since 1952 it has served as the Metropolis of the Catholics. 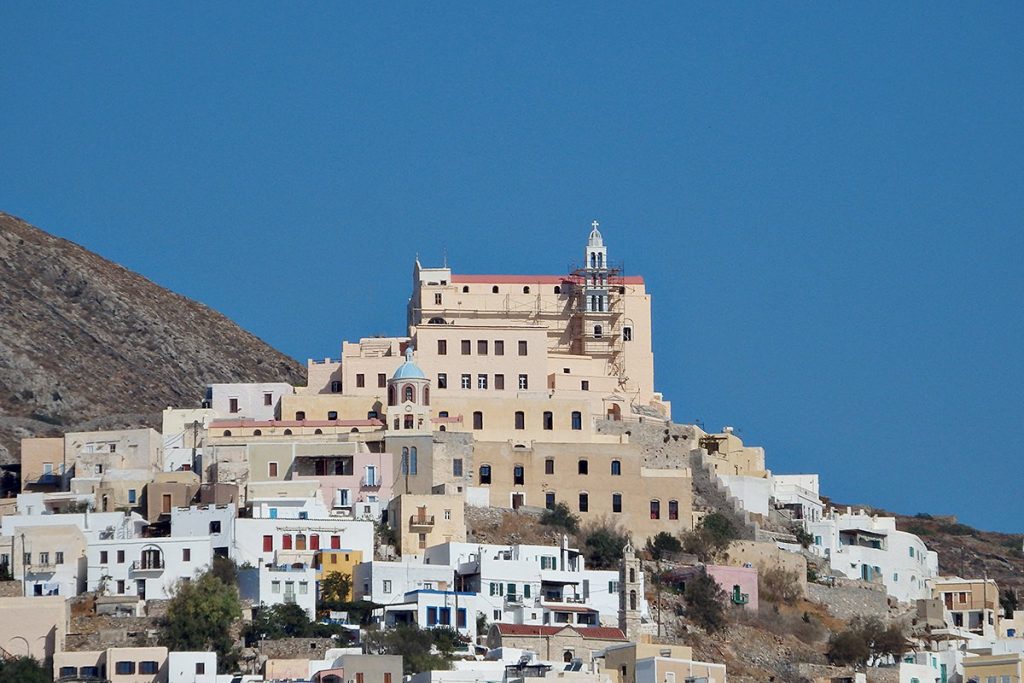 Over the years, it has undergone numerous renovations and reconstructions. St. George is a large complex featuring the main church, a bell tower, the baptistery, the sacristy, there is also a hospitality room, a historical archive building, the Episcopal Palace and an abandoned house.

In the heart of the town, visitors may also admire the Catholic Jesuit Monastery which was founded in 1744. It is famous for its impressive library which houses a collection of around 6,000 and ancient manuscripts. The monastery itself boasts magnificent architecture and houses the Icon of Our Lady which was brought here from Rome.

The Capuchin Monastery located in Ano Syros is dedicated to St. John the Baptist. It is located very close to the Jesuit Monastery and was founded in 1653 by King Louis XIII of France.  Together with the Jesuit Monastery, the Capuchin Monastery played a crucial role in the religious and social life of the people, during the Frank occupation. It houses the Church of Agios Ioannis which dates back to the early 16th century. The basement of the church was used as shelter during the pirate raids. 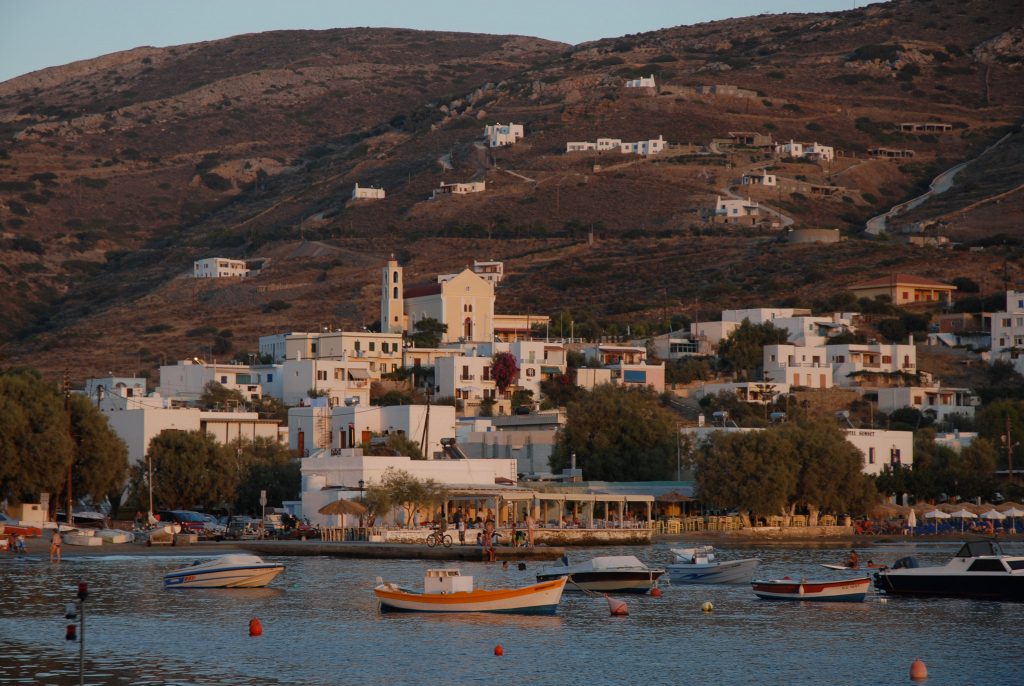 The Greek islands are well known for their rich religious history and for the impressive monuments which welcome thousands of pilgrims from all corners of Greece and the world. We hope that you enjoyed reading about the famous churches and monasteries of Syros. Have you been to any of them?