Explore the Beautiful Villages of Santorini 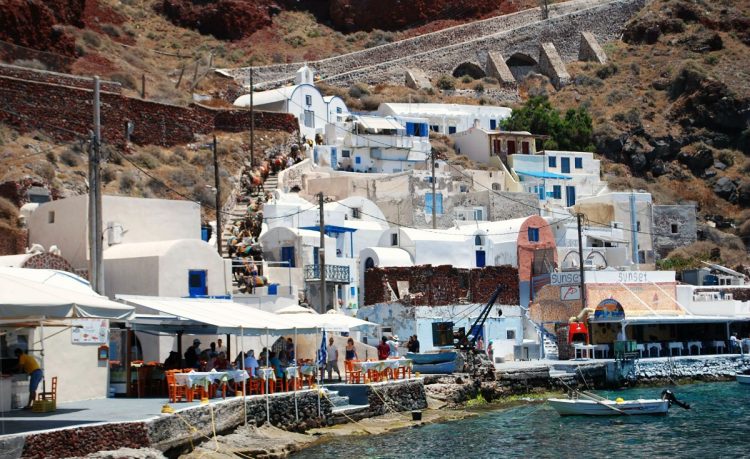 The beautiful villages of Santorini are worth exploring during your trip to Greece.

Our neighboring island of Santorini is one of the most popular islands to visit in Greece. Many of our guests make a point to travel to this beautiful destination which has its own island vibe and culture.

There are many similarities, being it is a Cycladic island too, but it has its own charms.  For one, there are many beautiful villages to explore.  Since it is a much larger island than Mykonos,  there are many villages. Here are our favorite ones.

This is probably the most famous and most photographed village on Santorini. Located on the northern tip of Santorini island, Oia (pronounced I-a), is known for its magical sunsets.  Many honeymooners opt to stay at the traditional cave houses that have been converted into beautiful hotels. 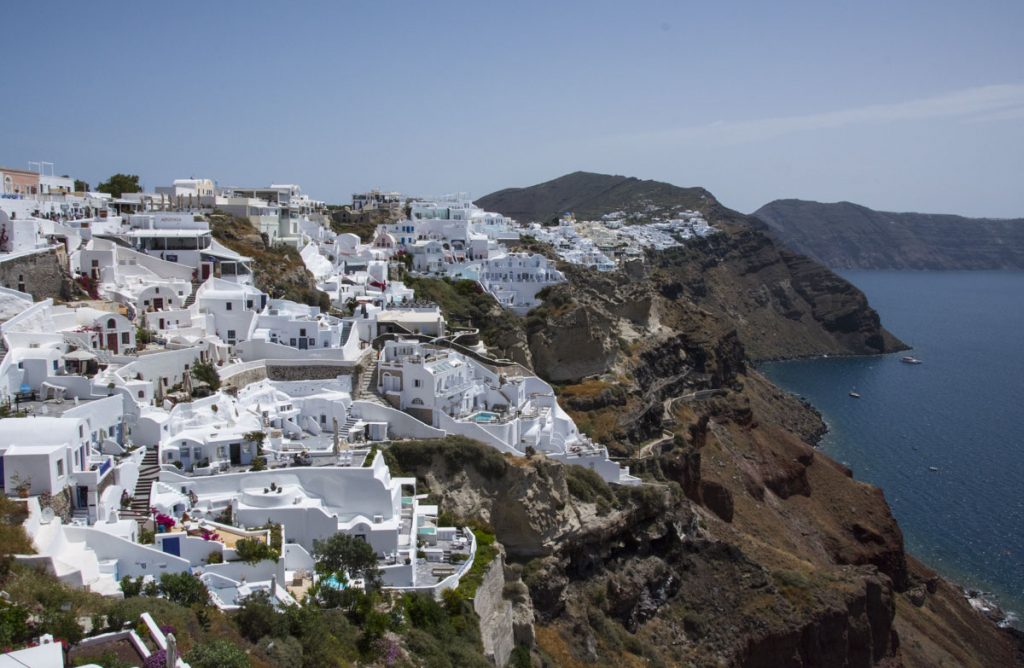 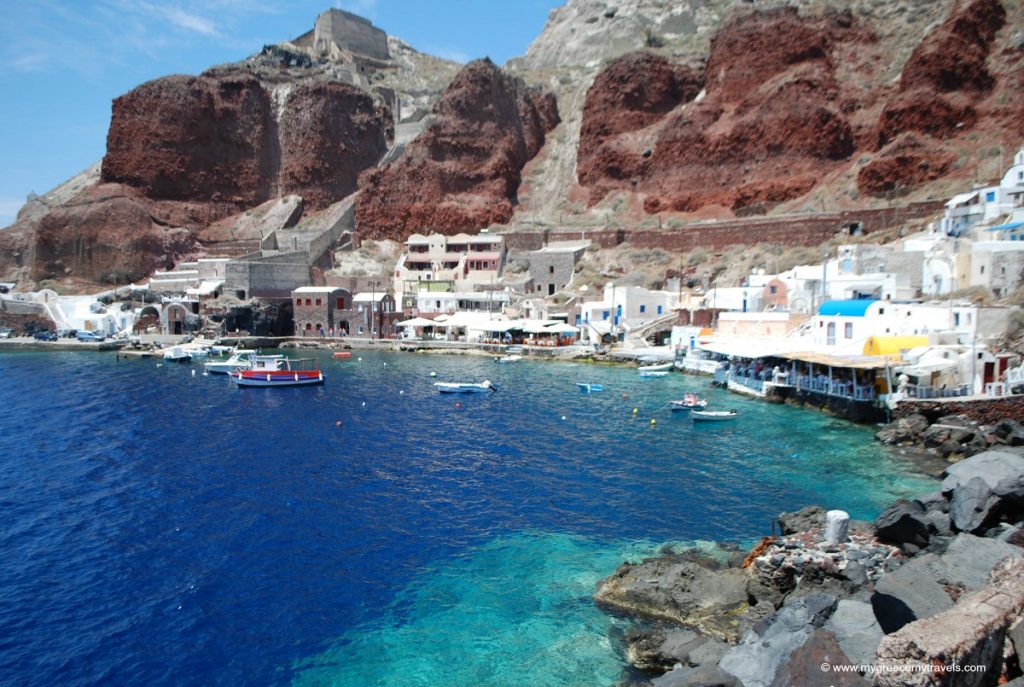 The capital of Santorini is Fira and it is located opposite of the volcano, right on the caldera.  Here is where you’ll find the best nightlife on the island as well as great restaurants, bars, cafes and hotels.  Just above Fira is Firostefani which also has lovely views. Its name means crown of Fira.

Near Fira is another whitewashed town called Imerovigli.  It’s a beautiful little village where visitors can admire views of the caldera and the sea. It is also known for Skaros, a rock where a medieval castle’s remains stand.

The highest point of Santorini is in the village of Pyrgos.  It isn’t one of the caldera towns, but it has a beautiful view of the entire island all the way to the village of Oia. 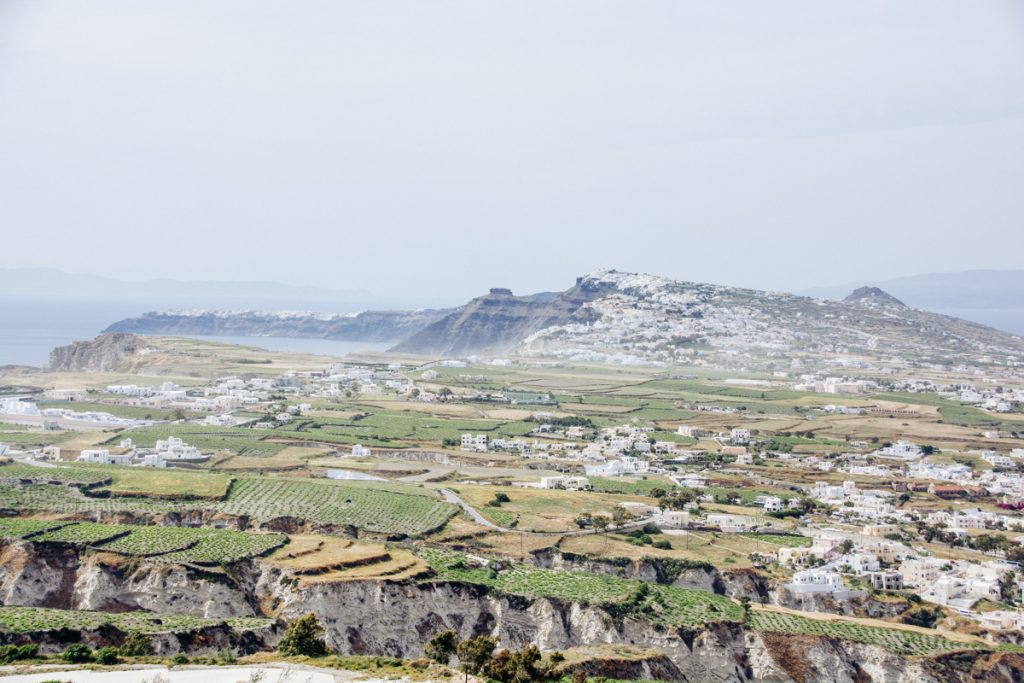 It’s wonderful to walk the little pedestrian alleys built around its Venetian castle. You also visit the historic Monastery of Profitis Ilias here.

One of our favorite Santorini beach towns is Kamari which has several beach bar options along Santorini’s southeast coast. There’s a long beach promenade and something that Mykonos doesn’t have – a black sand beach! 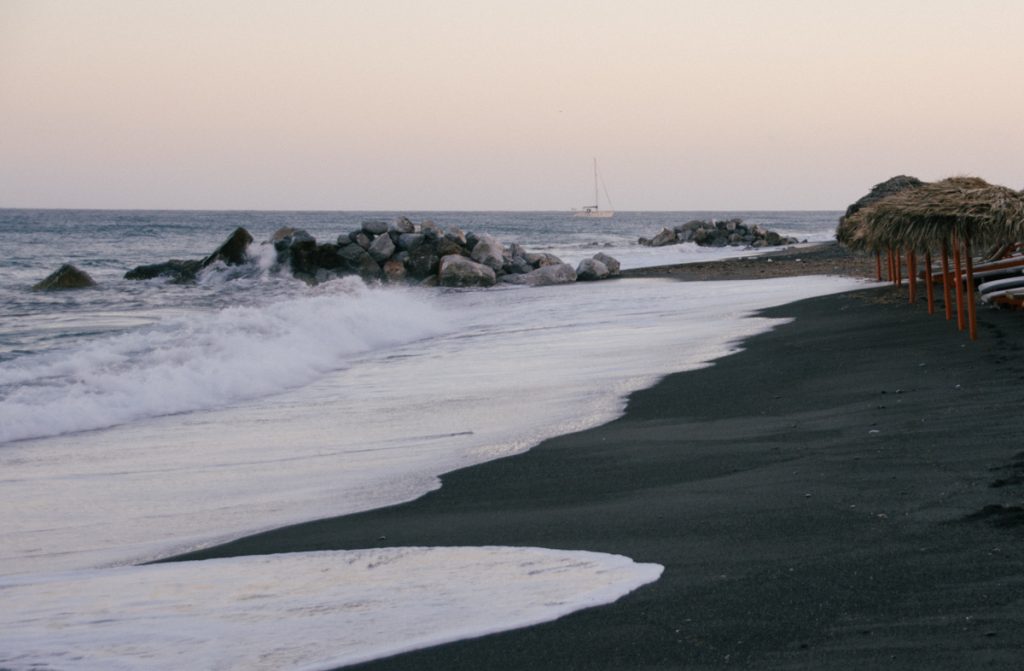 Further along the south coast of Santorini you can explore the beach towns of Perissa, Perivolos and Agios Georgios. Grey and black sand beaches here stretch over several miles. There are many beach resorts to choose from as well. 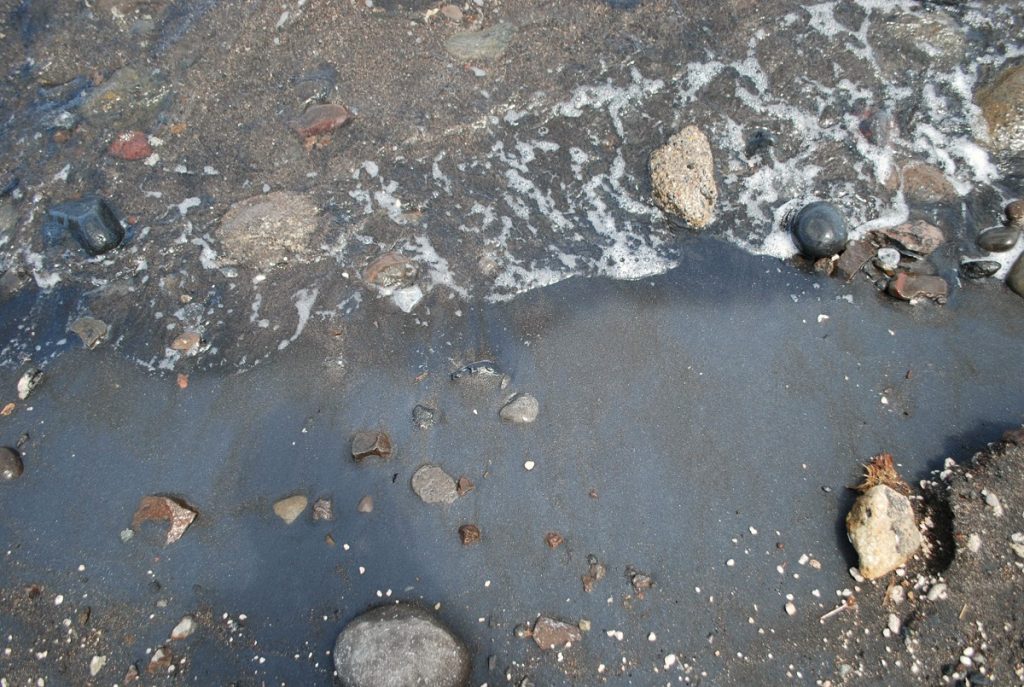 If you plan to go to Santorini, we highly recommend visiting several of the islands most beautiful villages.  Have you ever heard of any of them?