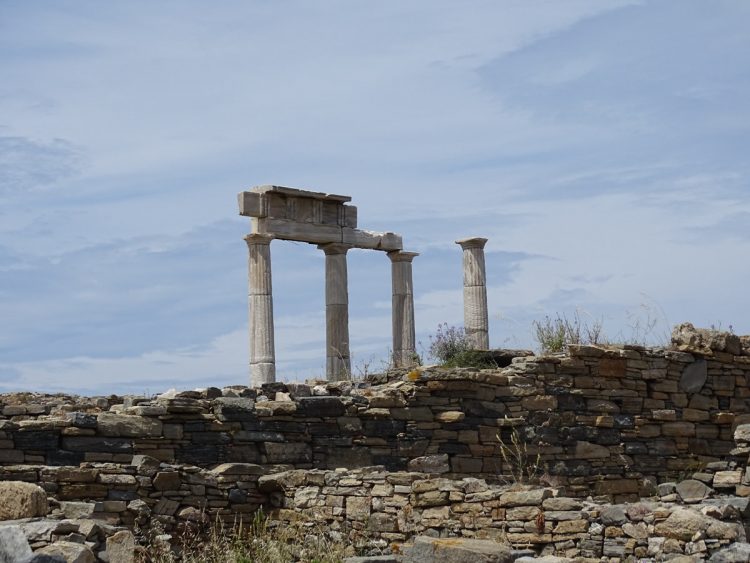 Delos is a popular day trip from Mykonos, a small island that held importance in ancient Greece. It’s significance had much to do with Greek mythology.

Delos is a short boat ride from Mykonos, today it is a top tourist attraction and archaeological site. It was a major religious center and a crossroads for trade.  There was an active port here. Exploring the  ruins today, you can see what remains of the fantastic Doric temples, markets, villas with mosaics and even an amphitheater. 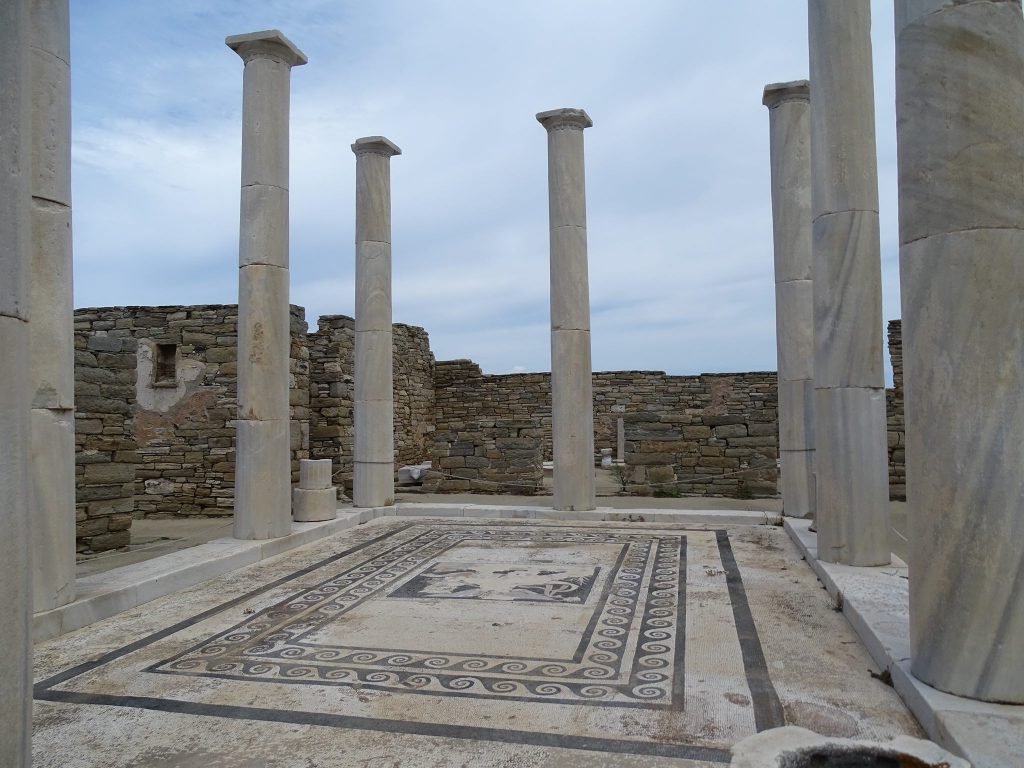 It was an important place, above all because the ancient Greeks believed it was the birthplace of Apollo, the god of light.  In fact, in the ancient Greek language, the word delos means clear, brought to light or obvious.

The Birth of Artemis and Apollos on Delos

The story starts with the goddess named Leto. She was worshipped as the goddess of motherhood and kindness,the daughter of the Titans Koios and Phoebe and the granddaughter of Uranus (Heaven) and Gaia (Earth). She was also the titan goddess of the unseen and the hidden, but ironically her beauty couldn’t escape Zeus, the king of the gods. As the story goes, Zeus pursued Leto and she became pregnant with twins. Zeus ended up marrying Hera, the supreme goddess, while Leto was pregnant. Hera was extremely jealous and put a curse on her: Leto would not find solid ground to give birth to her children. 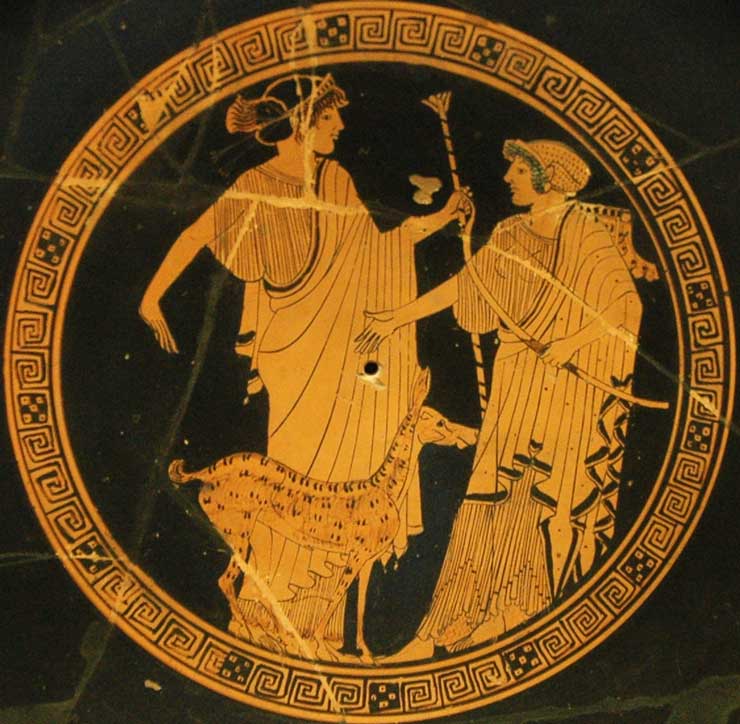 When the time came to give birth, Leto was desperately searching for a safe place. That’s when Zeus created an island for her. Delos appeared in the sea. There, with the help of Eileithyia, the goddess of childbirth and midwifery, Leto gave birth to twins Artemis and Apollo.

Apollo became the god of light, sun, music and prophecy. His twin, Artemis, became the goddess of chastity, virginity, the hunt and the moon. 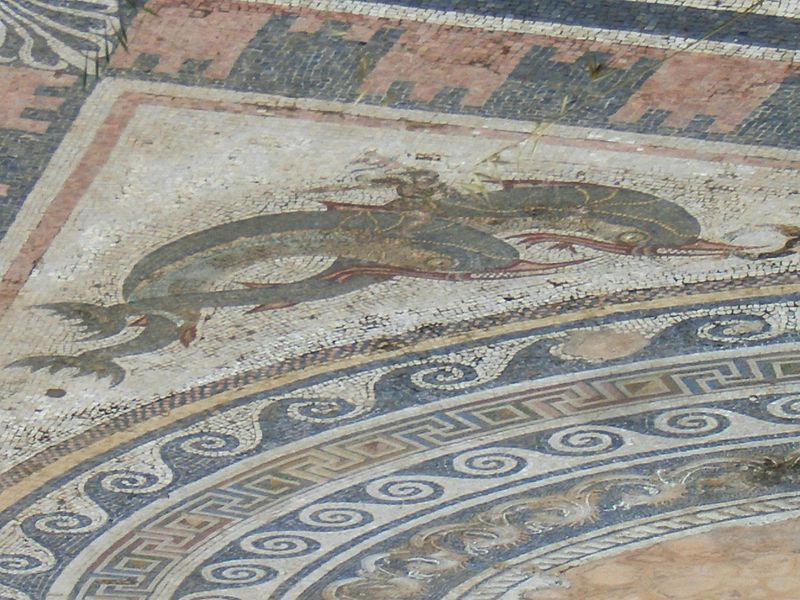 While the birth of Apollo, who was born second, was happening Zeus was touched. As a result, he asked his brother Poseidon, the god of the sea, to anchor the little little floating island to its exact position so it would stop moving and become visible and apparent. That’s how Delos got its name.

What to See on Delos

Take a day trip to Delos today and you can see the temples dedicated to Apollo, Leto, Artemis, Hera and Zeus, among others. The Temple of Apollo once had an eight-meter-tall statue of the god that was covered in gold.  In ancient times, a festival called the Panegiris was held in honor of Apollo. There is also much more to see at the Archaeological Museum on the island as well. 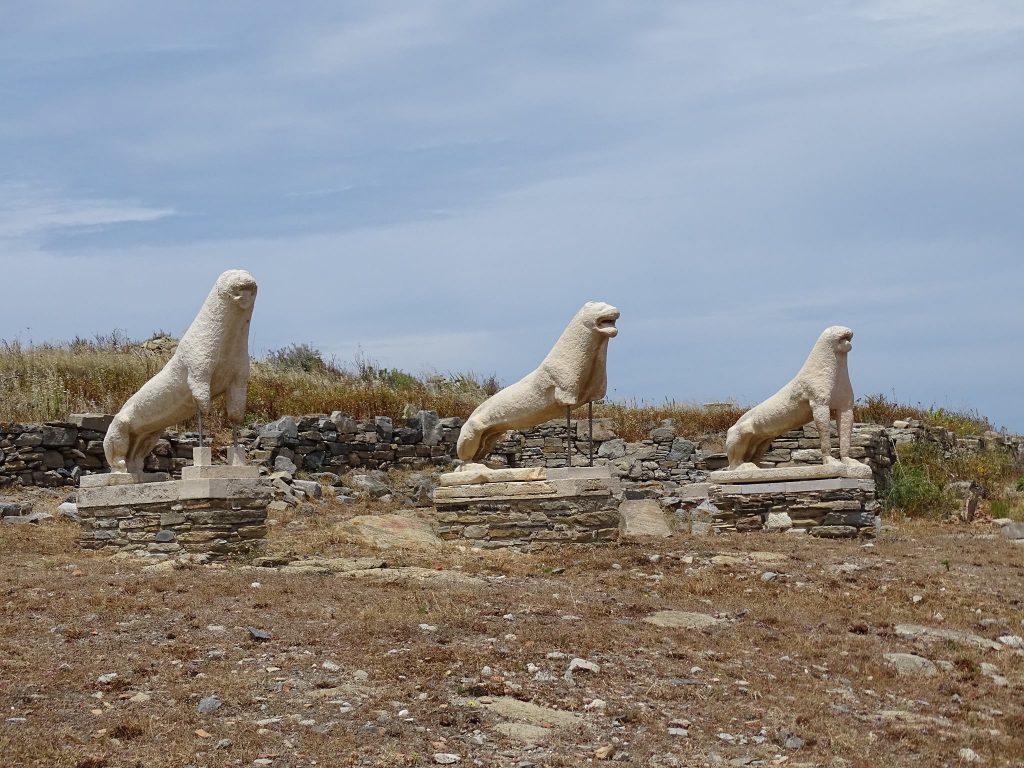 For more about the fantastic myths surrounding Mykonos, check out our post Mykonos in Mythology.

We love the myths associated with Delos in Greek mythology. Have you ever visited Delos?