Famous Churches and Monasteries of Mykonos 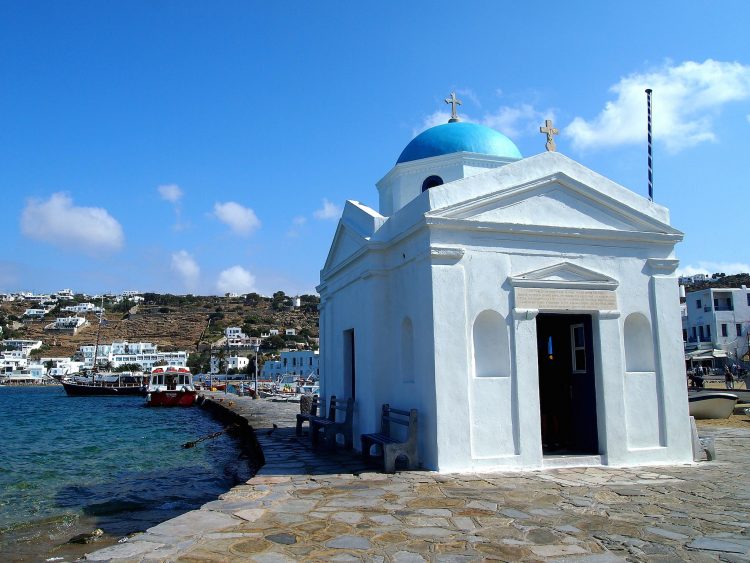 The famous churches and monasteries of Mykonos are fantastic holy sites that dot the island’s rocky landscape. They have maintained their original character, standing proudly in Mykonos Town and other villages.

Churches and Monasteries of Mykonos 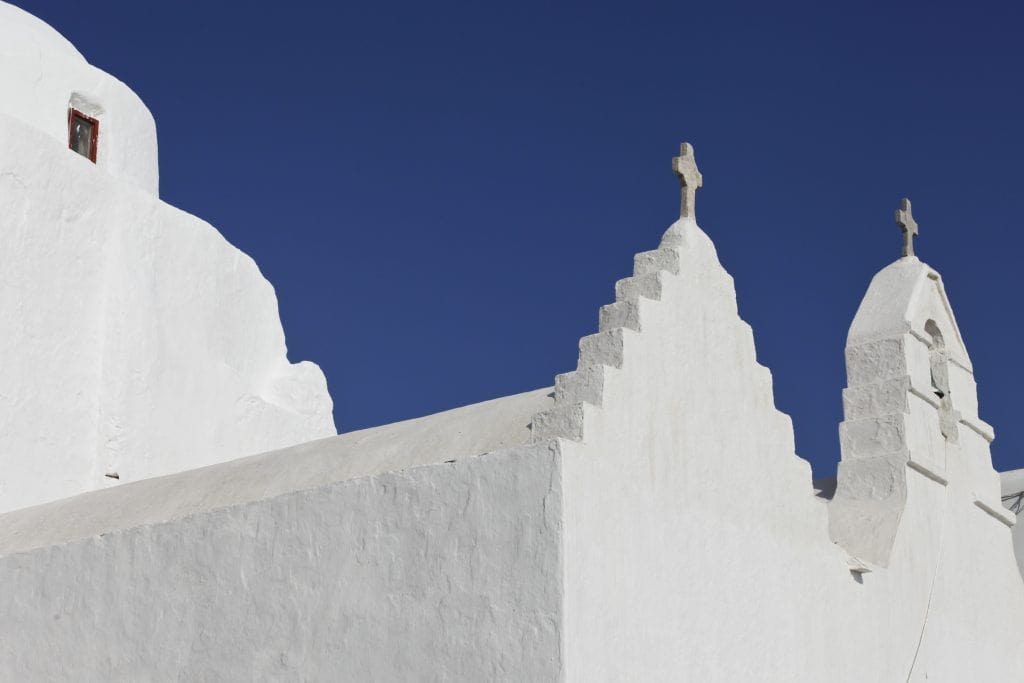 The chapel of Panagia (Virgin Mary) Paraportiani is one of the most famous churches and monasteries of Mykonos and one of the most photographed churches in the world. The name paraportiani means standing next to the entrance door. The church is located at the entrance of the Mykonos Town neighborhood. One other fact makes Panagia Paraportiani unique.  It is the result of five smaller churches that were all built one on top of each other throughout the centuries. 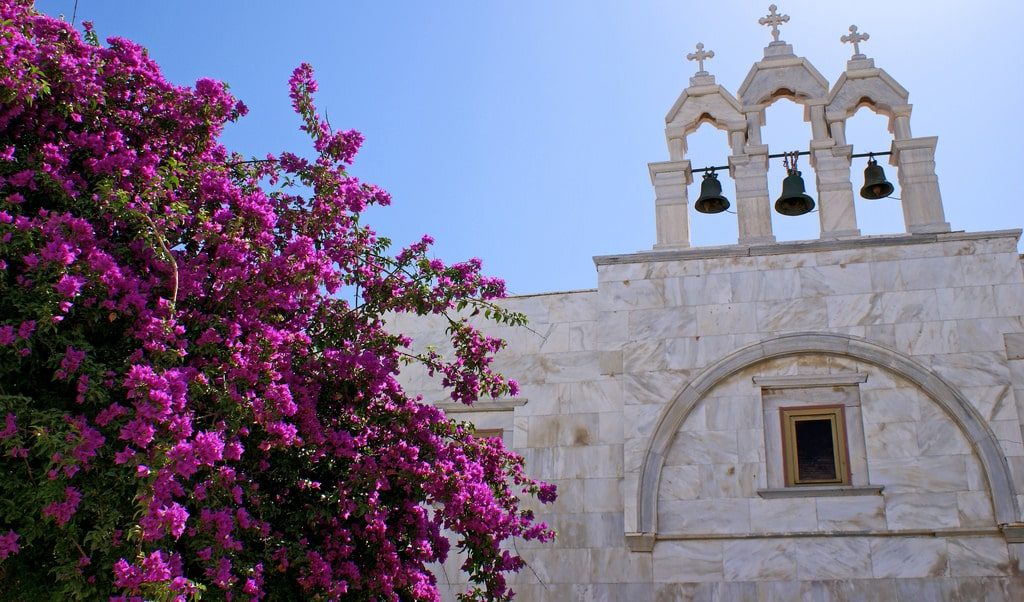 This monastery is the highlight of Ano Mera, located eight kilometers from Mykonos Town. The monastery derived its name from its dome, called tourlos in Greek, and the blessed icon of Virgin Mary, panagia in Greek. One of the unique characteristics of this monastery is the impressive bell tower and the Florentine wood-carved chancel screen. Visitors can also admire an exhibit of religious artefacts and ecclesiastical gems which are on display in the monastery. The most important religious festival is celebrated here on the 15th of August. 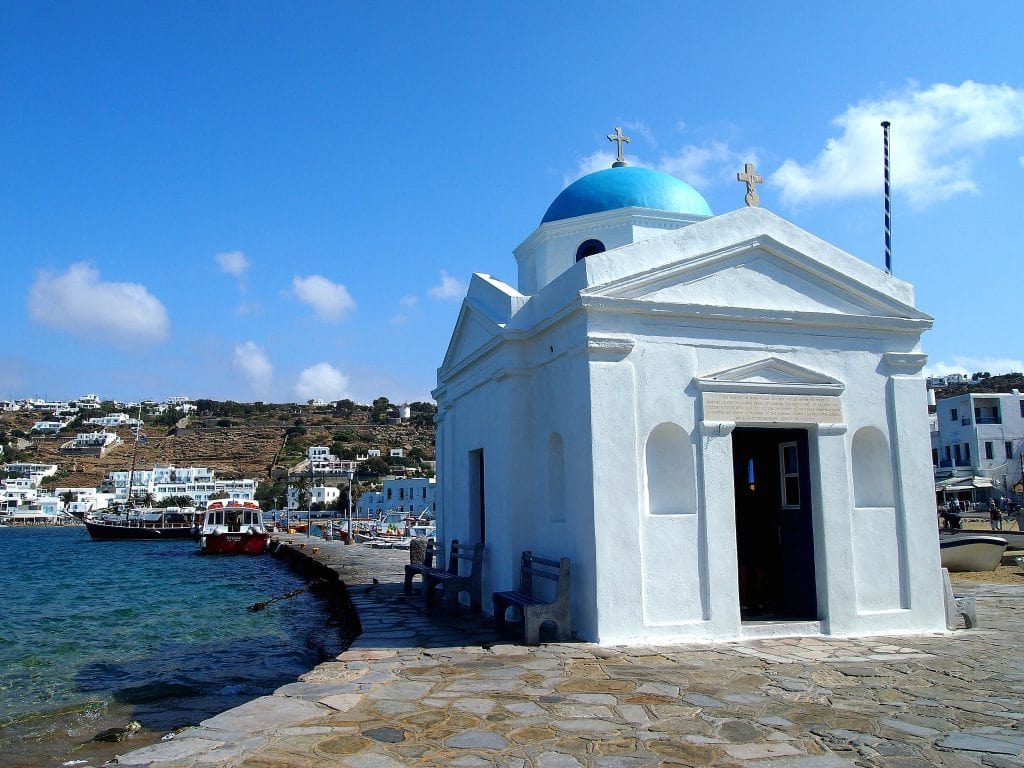 This small Cycladic church of Saint Nicholas can be found in the old port of Mykonos. It is characterized by its distinctive blue dome, black and white tiled floor and starry-night painted ceiling.  These attributes make it one of the most picturesque churches and monasteries on Mykonos. Take a moment to capture the beautiful Mykonian skyline by relaxing on one of the benches set right outside of the church.

Classified as one of little churches of Mykonos, Saint Charalambos stands on the water edge, right behind the famous windmills.  From its terrace visitors can enjoy the extensive views of the Aegean Sea and the surrounding landscape. It is one of the loveliest of the churches and monasteries on Mykonos island. 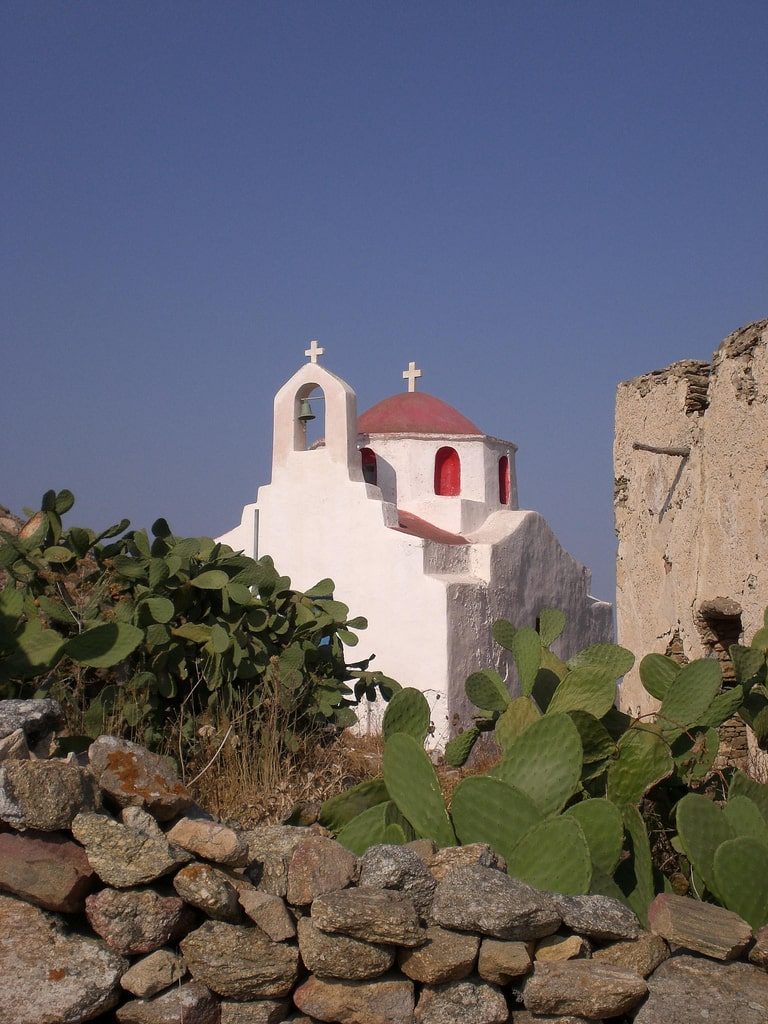 The word paleokastro in Greek means the old castle. The Monastery of Paleokastro, built in a typical Cycladic style, took its name after the Gizi Castle — its remains can be found nearby.  Today this 18th-century monastery operates as a nunnery and is located on top of a hill close to Ano Mera. 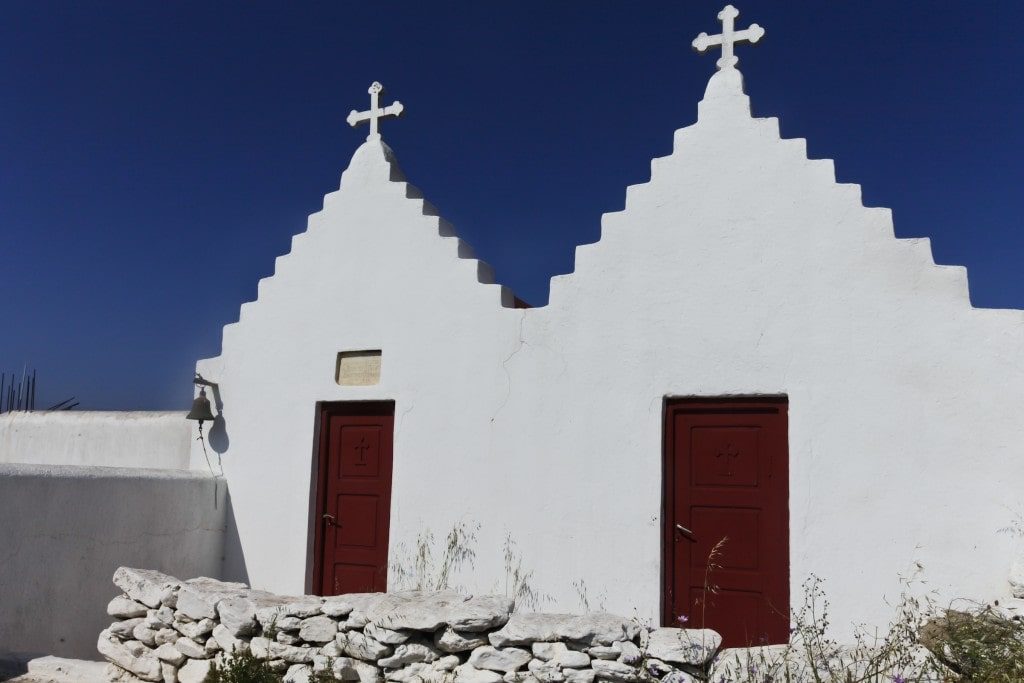 As you can see, Mykonos is home to some beautiful churches and monasteries. Also be sure to check out our latest post about Greek Orthodox Easter traditions.

We hope that you enjoyed reading about the famous churches and monasteries of Mykonos. Which is your favorite church on the island?