The Christmas Boat Tradition on Mykonos 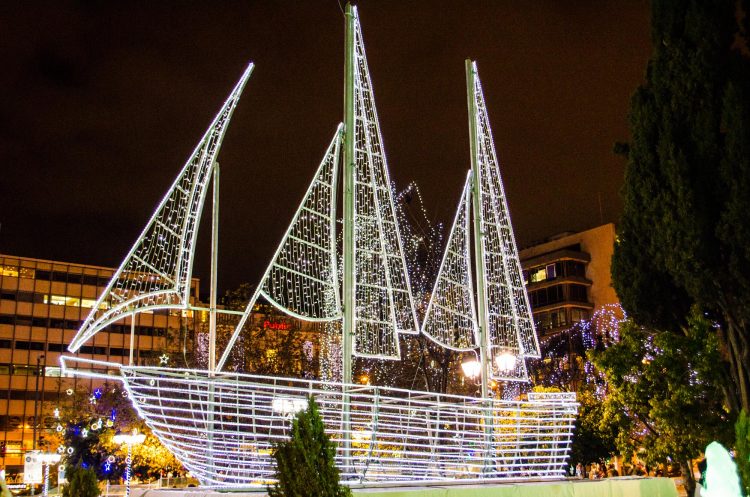 Traveling around the Greek islands during the holidays you may notice some very bright and festively lit boats.  The Christmas boat tradition on Mykonos is still very much alive. Here’s how it came to be…

The Christmas tree is not a Greek invention. It came to Greece during the 19th century when Greece’s  King Otto of Bavaria brought along his German holiday traditions with him.  Over the centuries, Greece has adopted other European Christmas traditions such as Santa Claus.  One tradition was somewhat forgotten but now it is revived. Today the Greek Christmas boat, known in Greek as karavakia, is a special and loved symbol of Christmas in Greece. 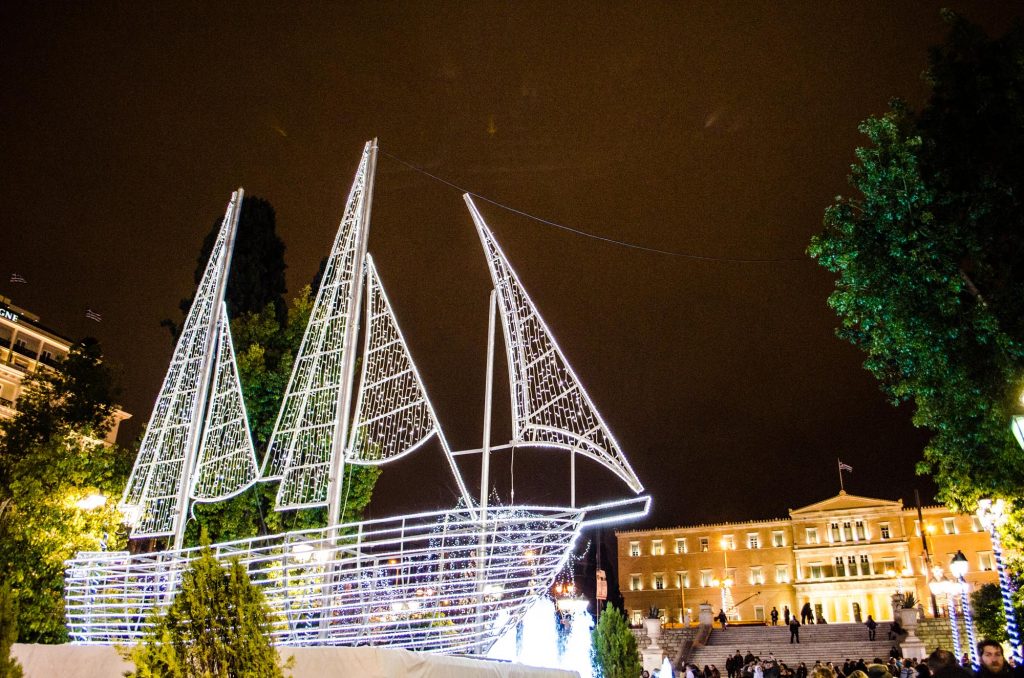 Throughout history, Greek islanders worked for long periods of time at sea. Their return home was a time to celebrate, especially considering all of the dangers one could face sailing the pirate ridden seas. Greek island families, including families on Mykonos, would celebrate by decorating wooden boats. 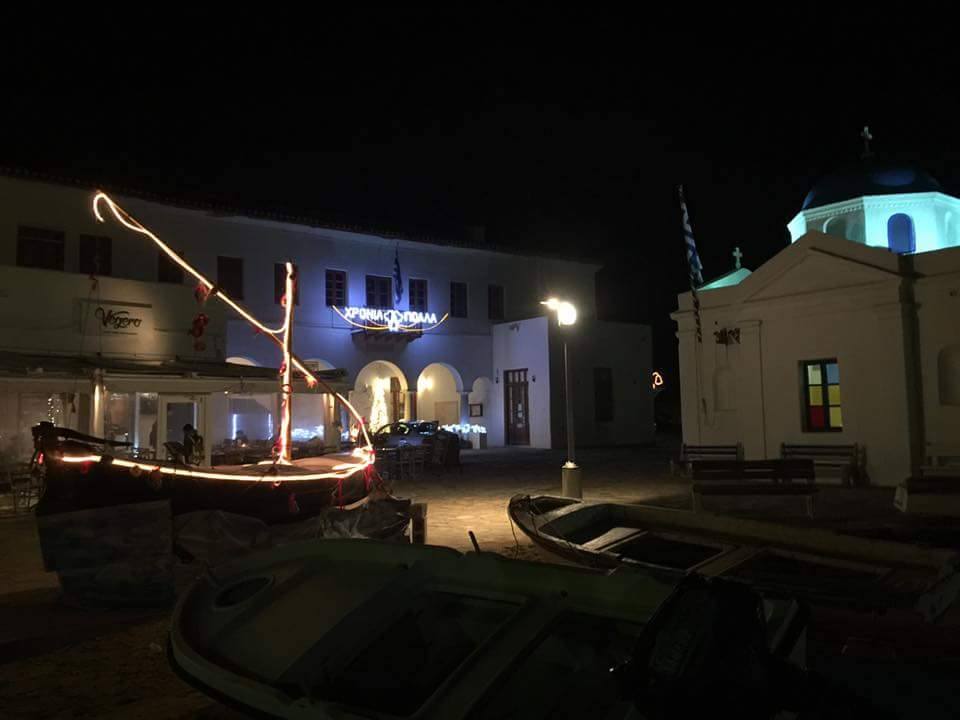 Because it was a special thing to do, decorating boats spread through much of the country and became a Christmas tradition.

To this day on Mykonos, boats of all sizes and shapes are adorned with lights and ornaments.  In older times, Greek island children would decorate their own little wooden boats and sing Greek Christmas songs door to door. 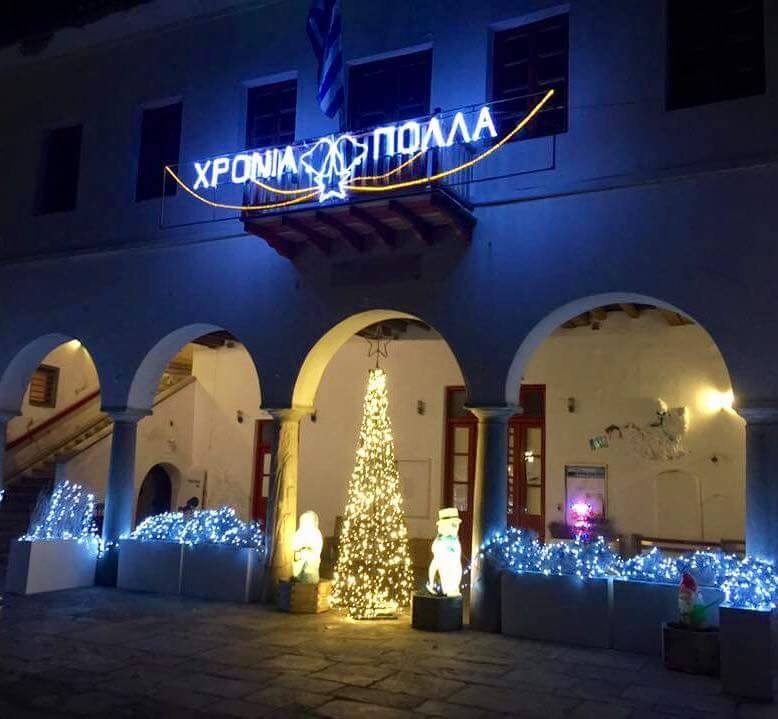 Neighbors dropped sweets into their boats. The island municipality holds various children’s holiday event each year to bring out the Christmas spirit.

Today the major Greek cities like Athens and Thessaloniki are wonderful destinations to take photos beside the beautiful and very large Greek Christmas boat displays. They are often lit in blue and white, Greece’s traditional colors, rather than red and green! 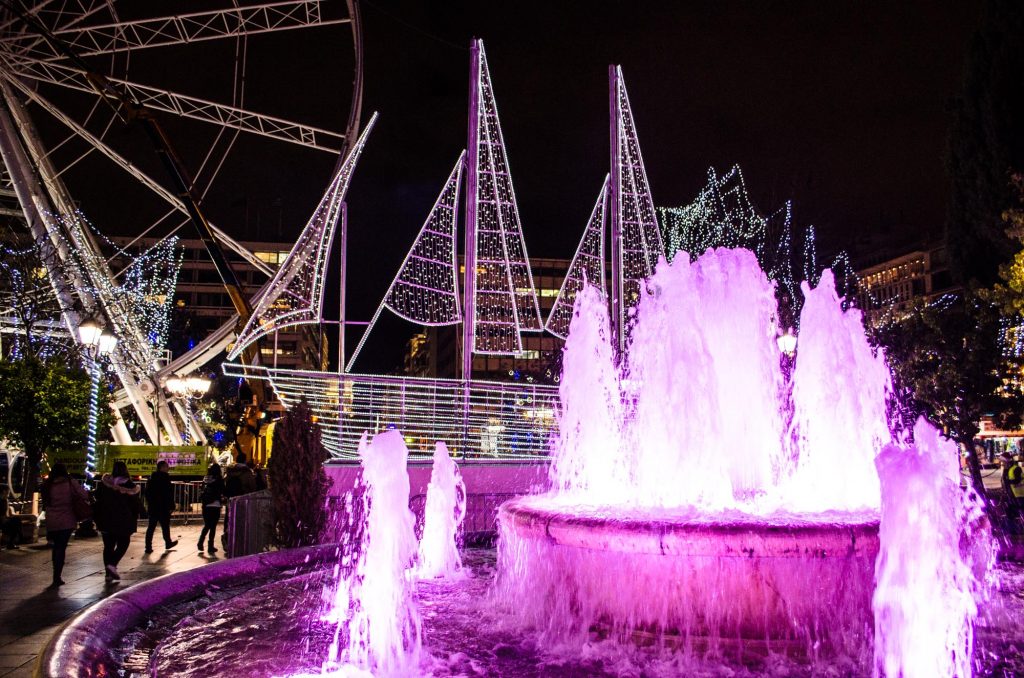 For more on the Christmas program on Mykonos for 2016 check out our earlier post: Spending Christmas on Mykonos.