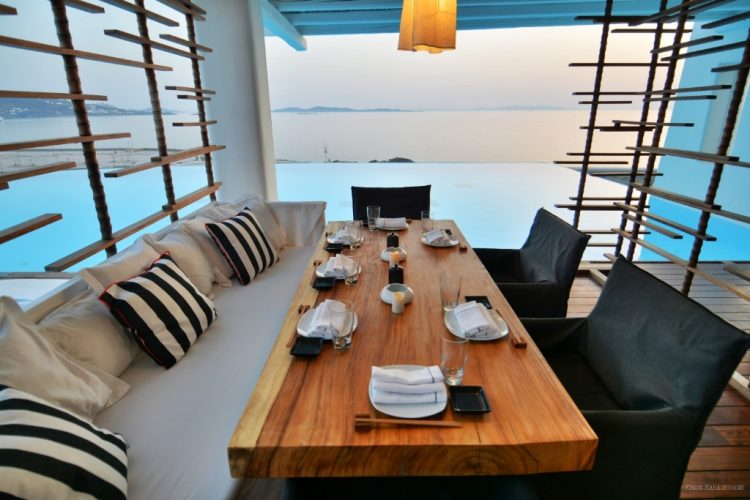 The best sushi in Mykonos can be found in some of the poshest restaurants on our island.

In Mykonos, cosmopolitan flair meets culinary glamor.  Here you can find so many international cuisines and one favorite is sushi.

Here are our top picks of where to find the best sushi in Mykonos. 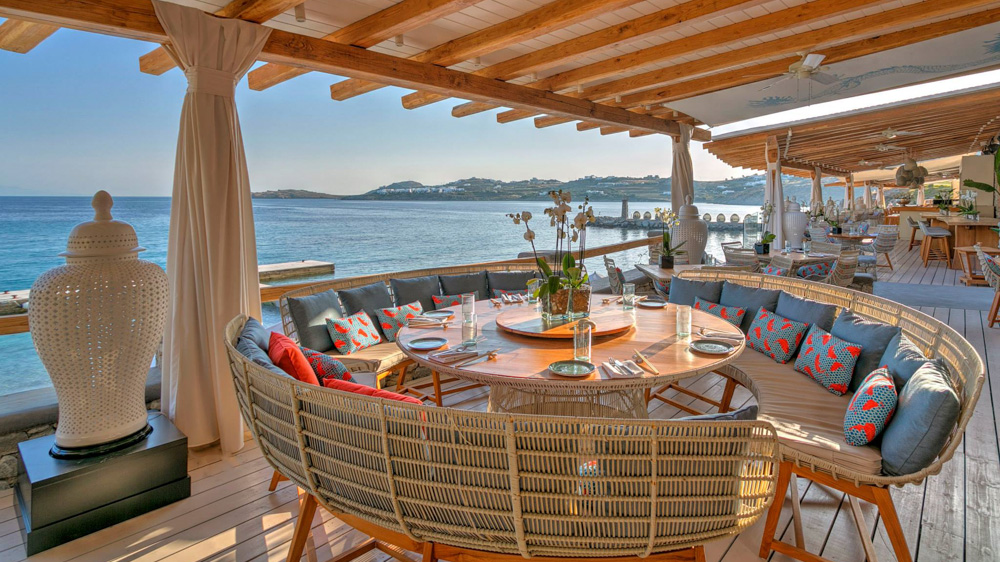 Located on the grounds of the Santa Marina, a Luxury Collection Resort, Buddha Bar Beach Mykonos is the trendiest addition to the Mykonian nightlife scene. This cosmopolitan beach bar has become the hotspot of the island. The exclusive menu is best described as ‘‘nouvelle cuisine’’ offering a selection of Pacific Rim cuisine dishes. It is where guests can explore a masterful blend of Chinese, Japanese, Thai and other Asian flavors. Tip: Make sure to try the signature Buddha Bar rolls. 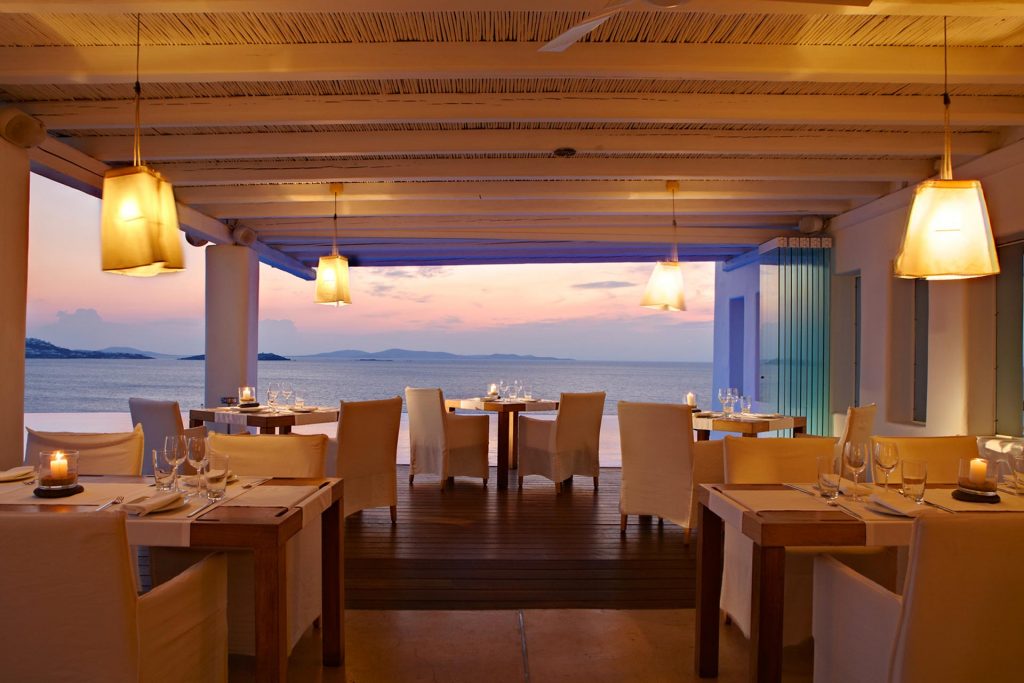 Do you enjoy romantic evenings spent sipping fine wine and gazing at the shimmering Aegean blue? This gourmet restaurant in Mykonos is the right place for you. Its refined menu features some of the finest recipes from the Japanese gastronomy. A rich palette of Japanese seasonings and flavors will tantalize the taste buds of the most discerning gourmands.

Nammos is considered a top name in dining throughout the island. Over the decade it has gained the reputation of being one of the most famous beach restaurants in Europe. Set on the beautiful Psarrou beach, the restaurant is divided between a formal dining area, lounge bar and beach club. The exquisite Mediterranean menu is prepared using the freshest ingredients, there is a big variety of fresh fish and seafood as well as Japanese delicacies. Nammos is the celebrity hotspot, the place to see and be seen. 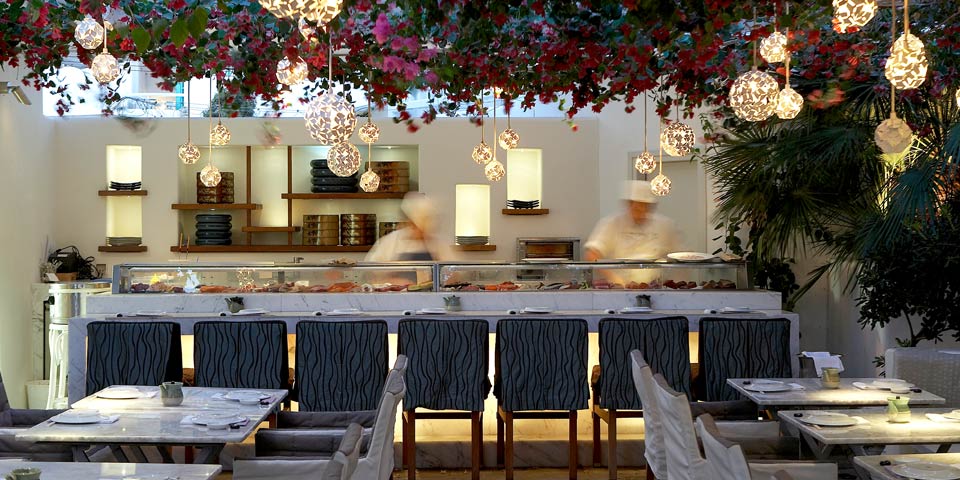 One name can describe the best sushi today: Nobu Matsuhisa. The legendary chef opened his Matsuhisa restaurant in Mykonos Town in 2004. He says he was inspired by the setting and the sweeping views of the whitewashed houses and endless Aegean Sea views. Every summer Chef Nobu returns to Mykonos for the Annual Nobu Food Festival which was held for the 13th consecutive year in August 2016. The New Style Japanese cuisine and signature Martini cocktails will definitely brighten your appetite. 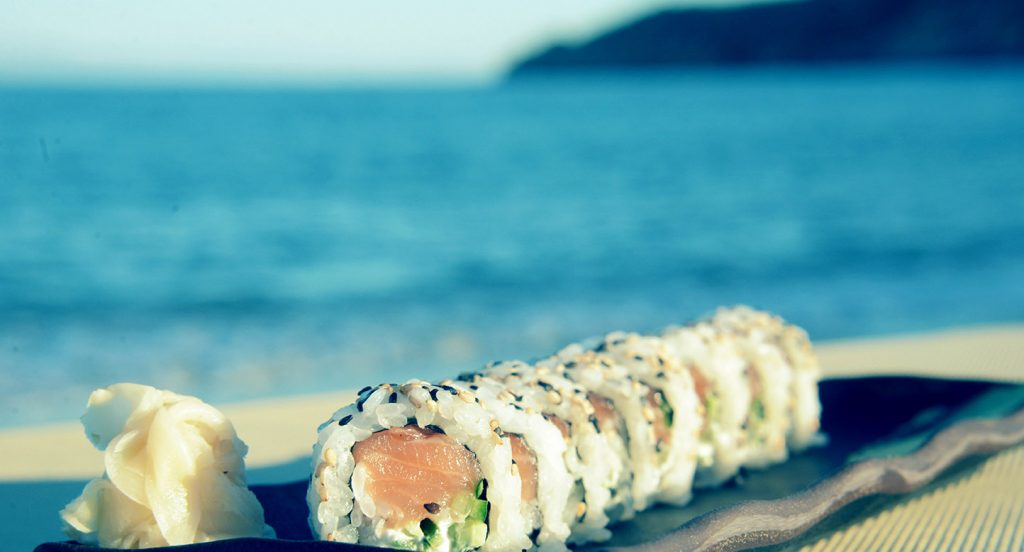 Get your sushi rolls served right at your sun bed at the brand new Rakkan Mykonos Beach. Located on the Kalo Livadi beach, the restaurant serves premium Japanese cuisine with a touch of Mediterranean flavors. There is a menu designed for all times of day. Savor chic champagne cocktails with an epic view — but the real reason you are here — it’s Mykonos!

We hope that our selection of the best sushi in Mykonos will please your palate. Have you been to any of the restaurants mentioned above? Do let us know what dishes to try!