5 Things to Do in Naoussa, Paros 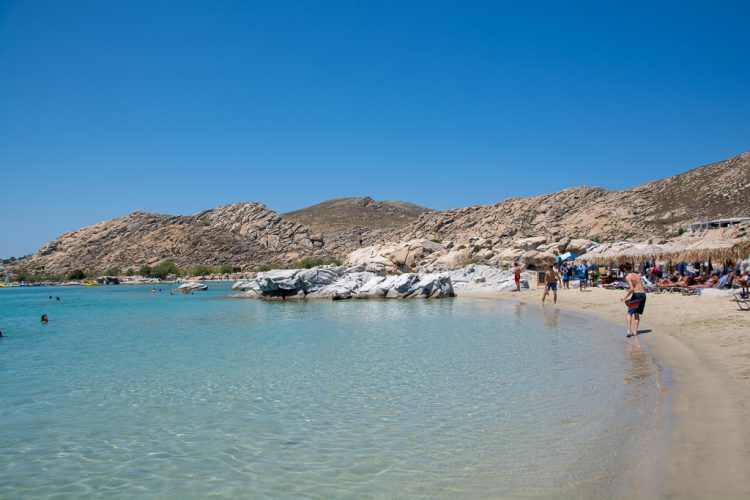 One of the loveliest seaside villages on Paros is Naoussa. In this Explore Cyclades post, we take a look at why visitors fall in love with this Cycladic island village.

5 Things to Do in Naoussa, Paros

While on a day trip from Mykonos to Paros, you will want to put Naoussa on your agenda. Naoussa is considered one of the most picturesque fishing villages in the Cyclades.  It is located on the northern part of Paros, about 10 kilometers east from the capital or Paros Town (also known as Paroika). 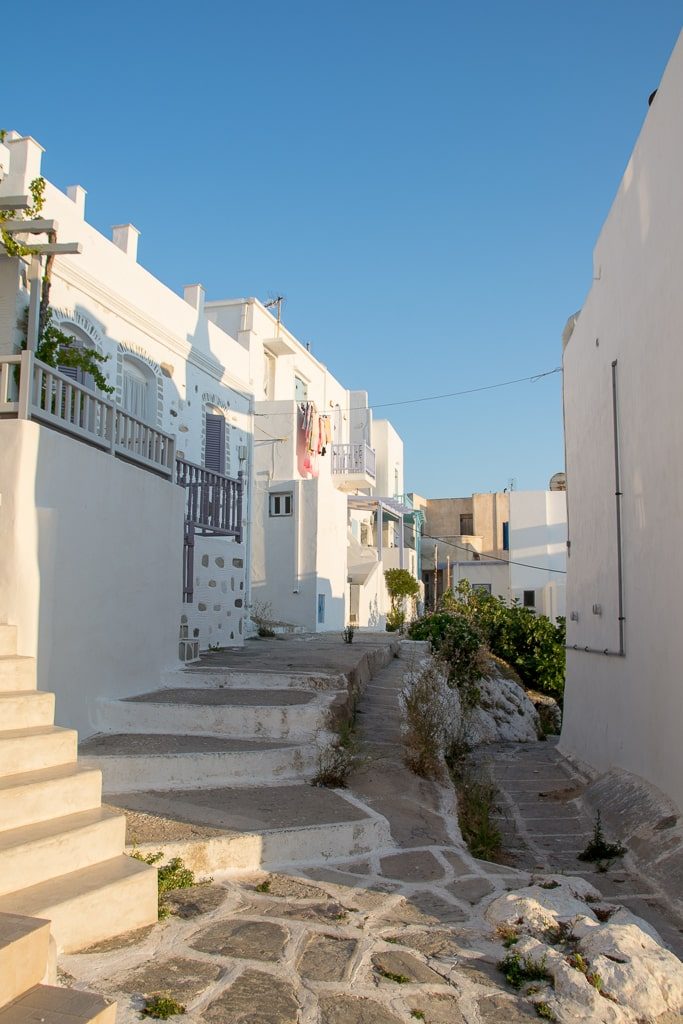 Here are 5 things to do while visiting Naoussa, Paros on a day trip from Mykonos.

Get lost in Naoussa’s whitewashed lanes

Like Mykonos Town, Naoussa will enchant you with its whitewashed lanes and cubist buildings. In typical Cycladic charming style, there are lots of beautiful places to encounter colorful bougainvillea swathed over tavern walls, tiny churches, and offering shade over stone steps. Every corner is a photo opportunity. 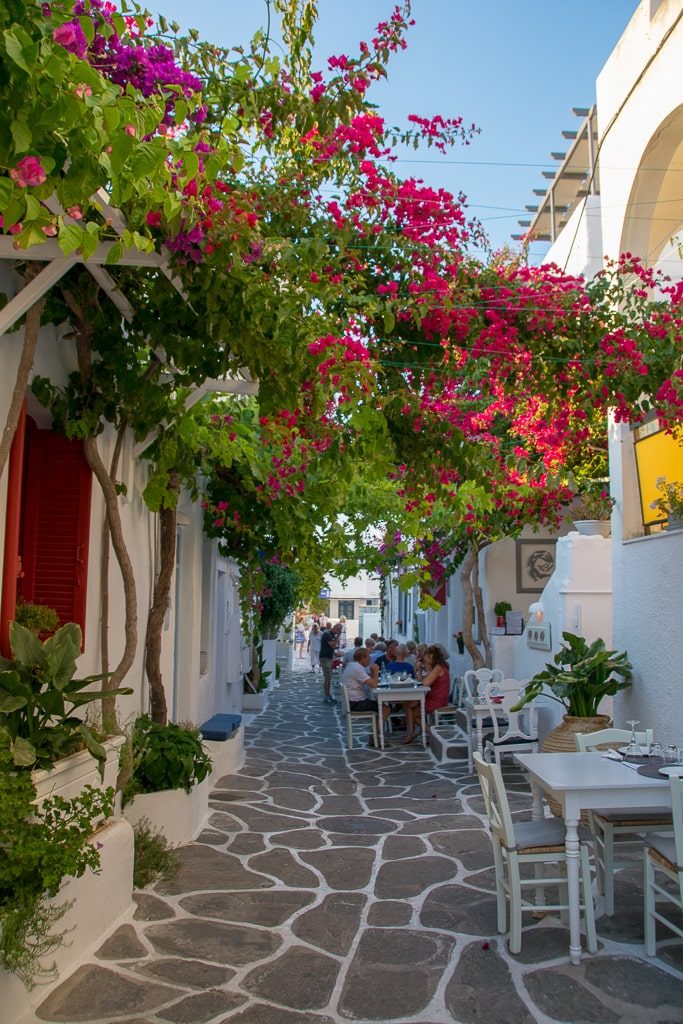 Relax by the Naoussa’s harbor

The village is built amphitheatrically around a serene little fishing port. You can stroll by the sea and take photos of the little boats that park there. This is a hub for restaurants and nightlife too. The main square is nearby and has a lot of shopping options and bus transfers are close by. 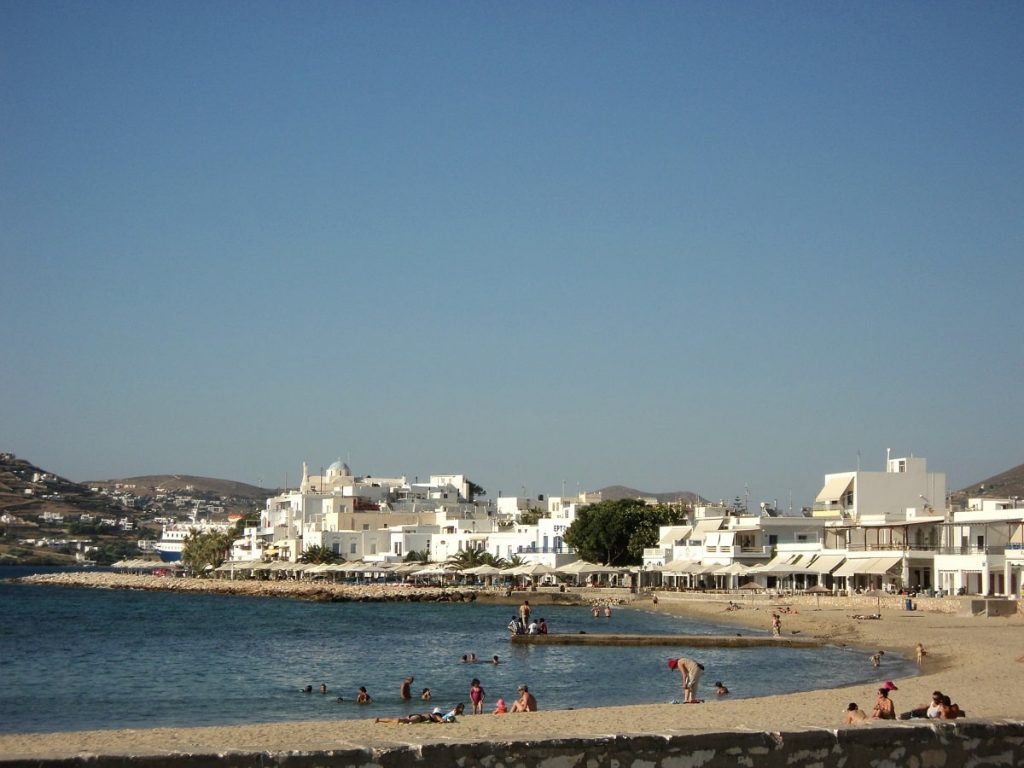 Check out the nightlife.

Mykonos is famous for its nightlife. While on a trip from Mykonos to Paros, you’ll want to compare the nightlife to what Myknonos has to offer. It is considered much calmer but it is very fun to party in Naoussa too. There are several beautiful café-bars in Naoussa that are ideal places to dance or have a drink after 10 pm.  We recommend Sommaripa Consalato and Agosta for fantastic cocktails.

Go to the beach.

Like Mykonos, Paros has many beautiful beaches to choose from.  In Naoussa, you are within reach to several beautiful golden beache including the unique rocky landscape of Kolymbithres.  Also check out Agios Ioannis, Agioi Anargyroi and Monastiri. 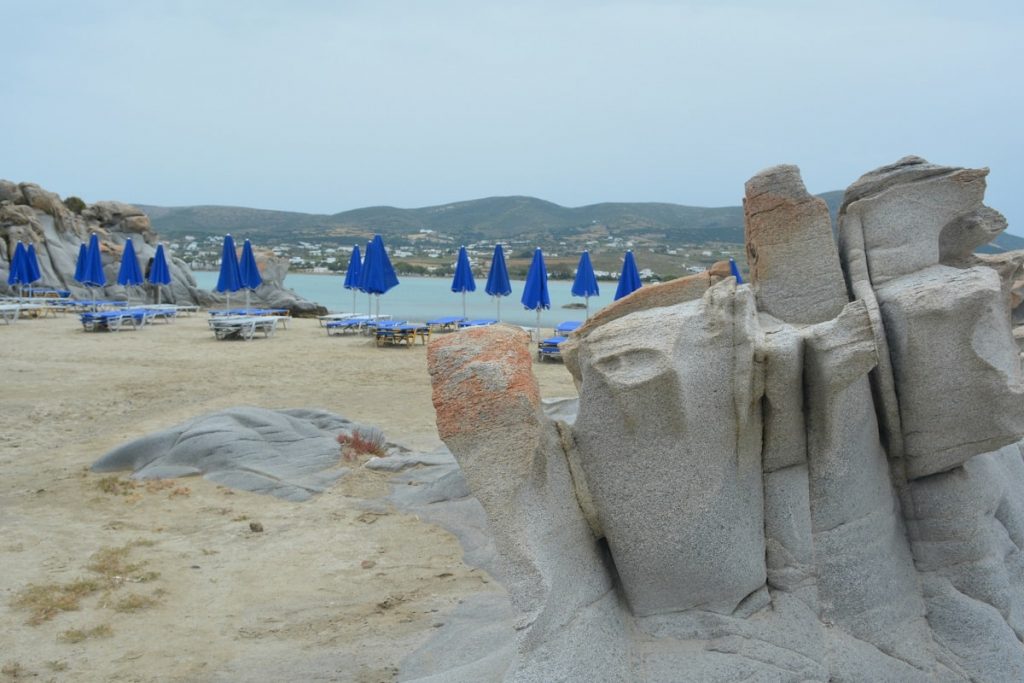 Just like Mykonos, you can visit one of the picturesque whitewashed Greek Orthodox churches of the island.  In Naoussa, look out for the Church of the Assumption of the Virgin, which is located on the highest spot of the village.  The Church of Agios Nikolaos (Saint Nicholas) has a small Byzantine museum of valuable 13th century icons. If you are in town on the 23rd of August, there’s a church festival and everyone is invited! 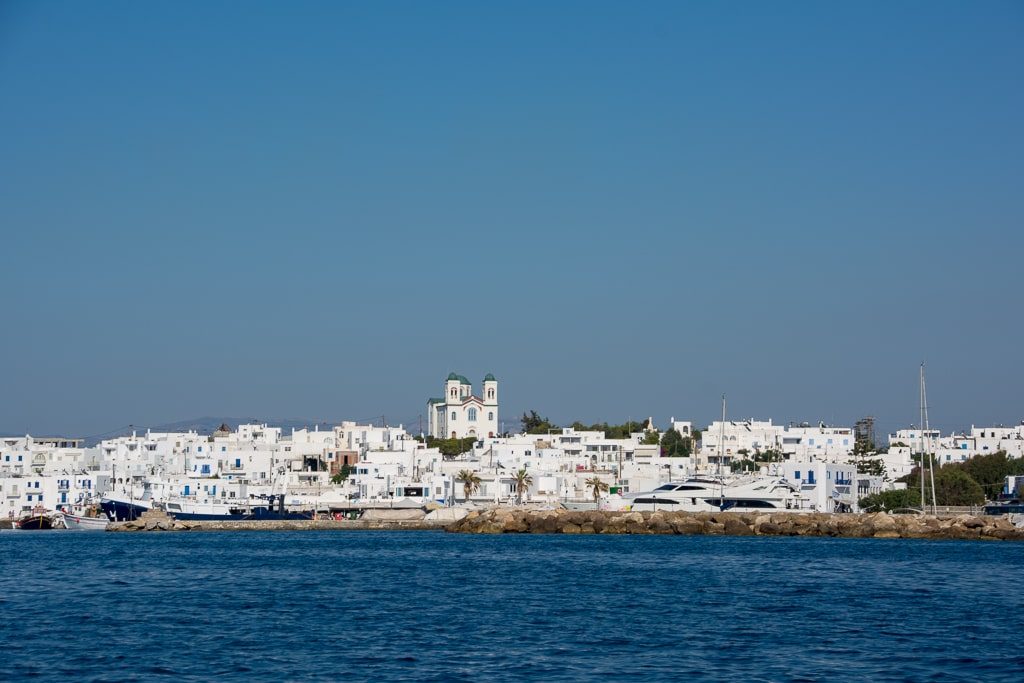 That sums up five things to do while on a day trip from Mykonos to Paros.  Have you been to Naoussa?

Posted in: Explore Cyclades Tagged: Things to do in Naoussa