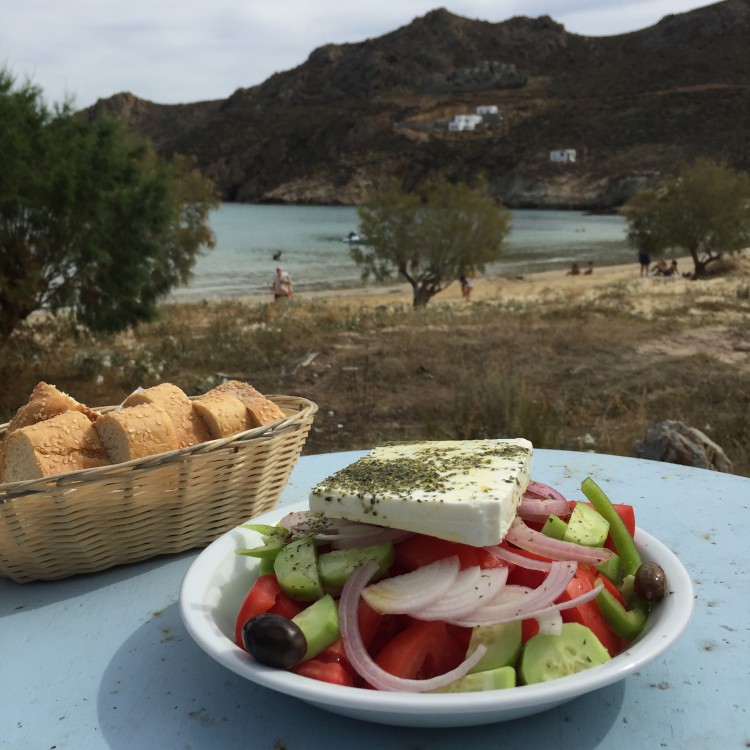 One of the most popular dishes visitors ask for in Greece is a salad. In fact, the Greek salad has become a is favorite around the world.  While you are in Greece, there are an array of traditional Greek salads to try.  Not only are they healthy and fresh, they are simply delicious.

The traditional Greek salad has become a popular dish in Mediterranean and Greek restaurants around the world.  How it is made in your city, probably isn’t exactly the way it’s made and served in Greece. 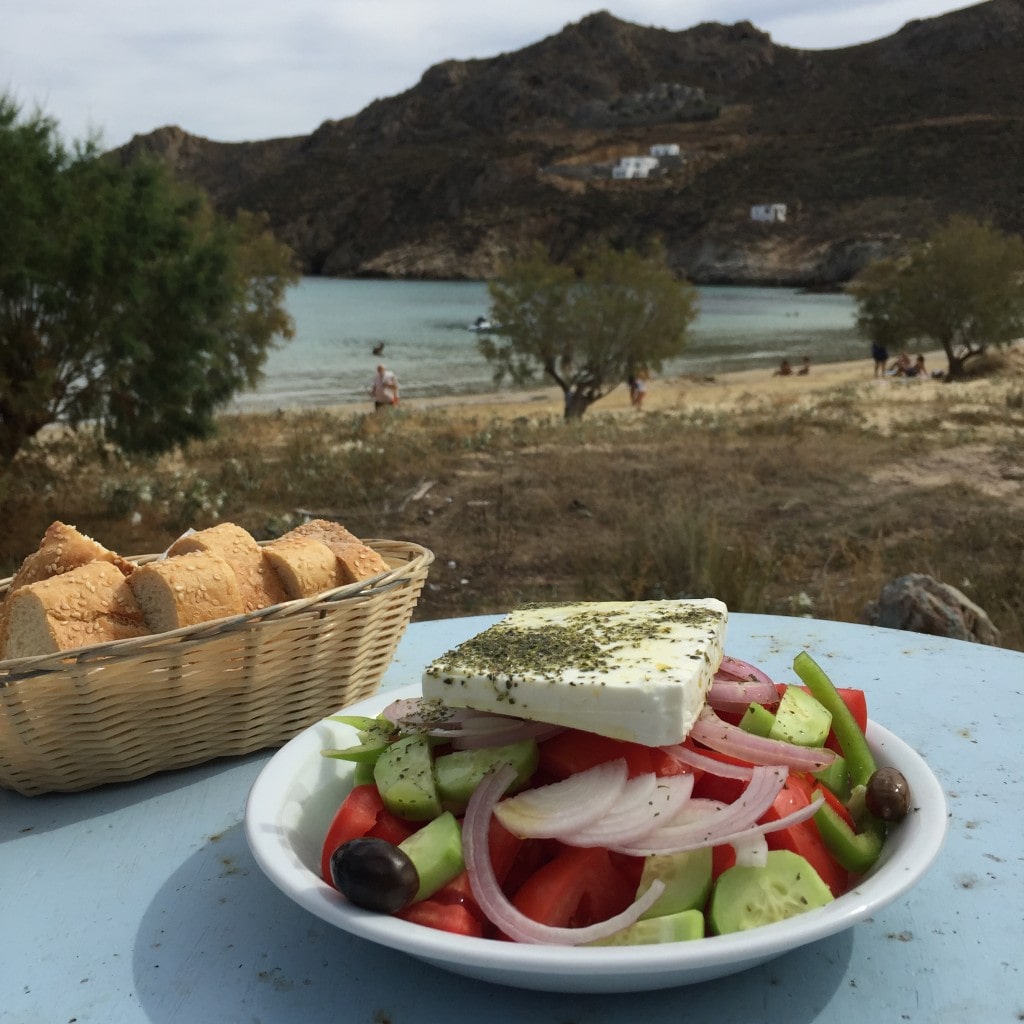 The Greek name for the traditional Greek salad is horiatiki. It doesn’t have leafy greens such as cabbage, lettuce or other ingredients like potatoes, herbs and dressings.  What the real horiatiki consists of, and only of, are sliced fresh tomatoes, large slices of cucumber, slices of green pepper, sliced red onions, Kalamata olives. The salad is then topped with a thick slice of Feta cheese and seasoned with dried oregano and some salt.  Greek extra virgin olive oil and a red wine vinegar create the “dressing.” The olive oil and vinegar are drizzled over it as the Feta block is broken then mixed in and tossed about with the fresh vegetable slices and olives.   It is a simple salad, incredibly healthy and a Greek favorite. We love this dish on Mykonos island!

For a great horiatiki recipe head to My Greek Dish.

When you are at the taverna or a Greek restaurant, you’ll often find the Greek version of potato salad. It’s a cool salad that goes well with so many Greek dishes.  Be sure to squeeze a bit of extra lemon over it! 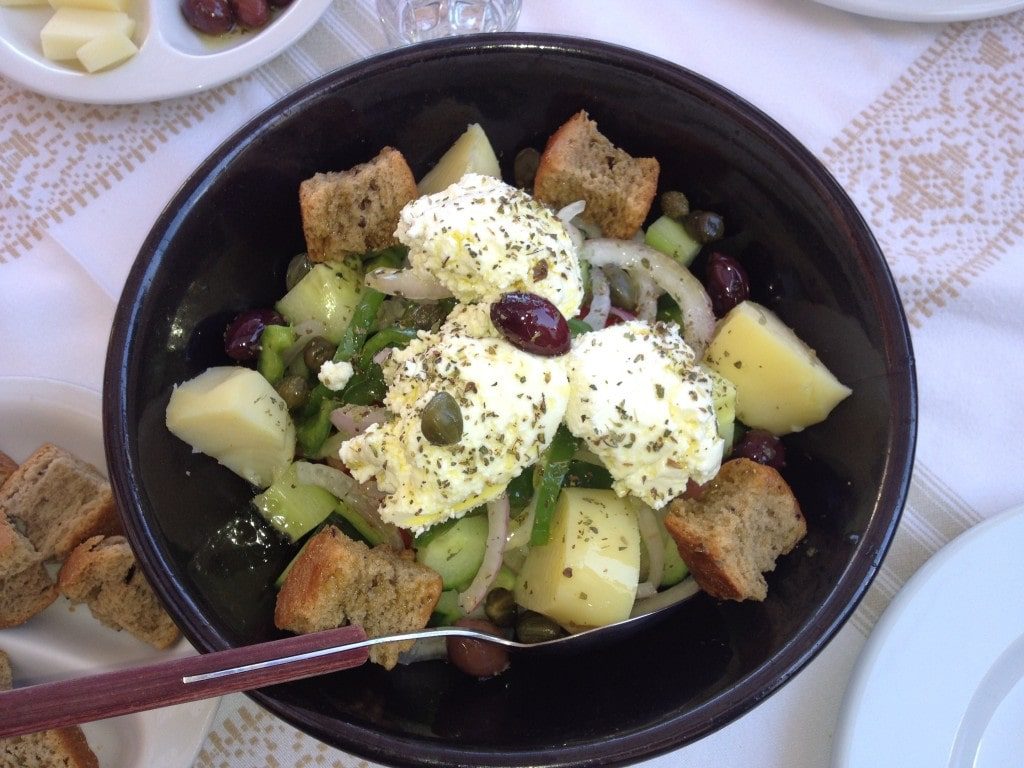 Here’s a great recipe from The Food Network.

Another popular type of salad served in Greece is the traditional beetroot salad. This is another healthy salad mainly consisting of boiled then cooled slices of beetroot with beetroot leaves.  A generous helping of Greek extra virgin olive oil and vinegar complete the dressing.  Some salt and a little lemon juice make it perfect.  We love the color. Beetroot salad is yet another type of Greek salad that’s perfect with a slice of thick homemade bread during the summer months. 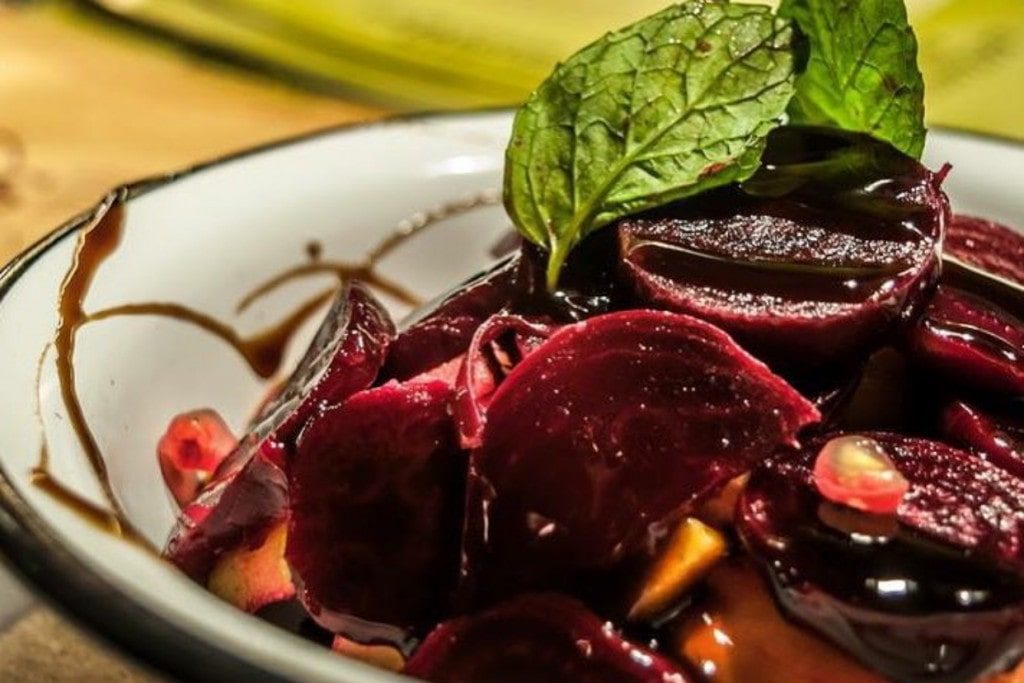 Want to try to make it at home?  Here’s a recipe we like from About Food which is made with a bit of garlic.  You can also find great recipes online of beetroot salad made with a Greek yoghurt dressing.

The Greek cabbage and carrot salad is another typical salad that Greek families make often for lunch or dinner and it is often found on Greek restaurant menus. Basically you shred or finely cut cabbage and grate carrots.  Mix it all up with Greek extra virgin olive oil, accompany the olive oil with a drizzle of vinegar or lemon.  Salt and pepper to taste.  The cabbage and carrot salad is great addition to your lunch or dinner dishes.  Greeks also love to prepare this salad if there’s a lot of meat dishes on the table. 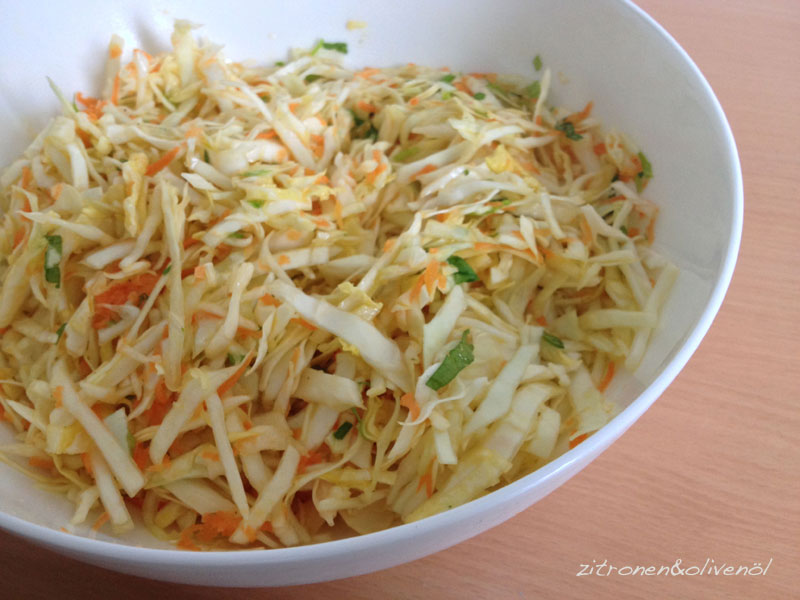 We like this recipe from Kopiaste Greek Hospitality Blog.

Out of the 4 traditional Greek salads we blogged about, which one would you like to try first?